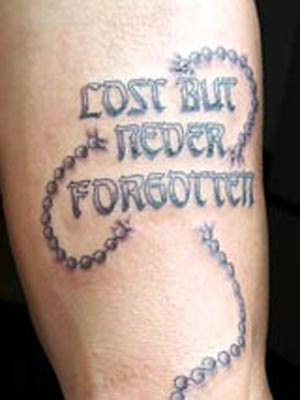 Landing at the world's scariest airport 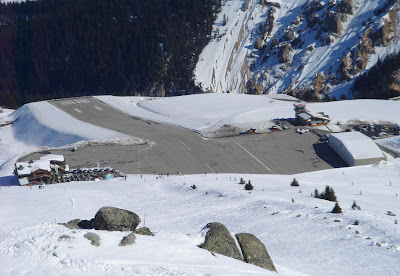 .
Courchevel's airport located in France, has a certain degree of infamy in the aviation industry as home to a relatively short runway, with a length of 525 m (1,722 ft) and a gradient of 18.5%.
.
Posted by The Man at 4:03 PM No comments:

Who needs a maid when you have a BUTLER?

Ridiculous looking set for your bathroom 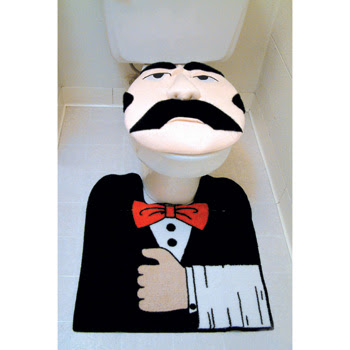 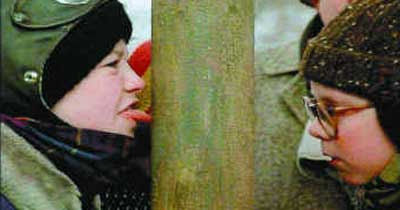 A service station in Essex has fitted traffic lights and a stinger device to deter people driving away without paying after filling up with fuel. The Total services on the B1007 between Galleywood and Stock near Chelmsford is one of the first filling stations in the county to use the device.
Click to Enlarge 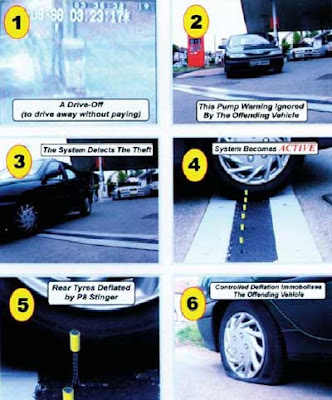 The Drivestop device can be activated by staff at the exit and entrance to puncture the tyres of any suspect car. Warning signs and traffic lights alert motorists to the device. The Total garage said most drivers welcome the arrangement but a few have pointed out that it would be embarrassing if they were to "sting" an innocent motorist so they are taking great care.
Posted by The Man at 8:45 AM No comments:

Meet Leo Hill, the man who counts on the toilet instead of reading 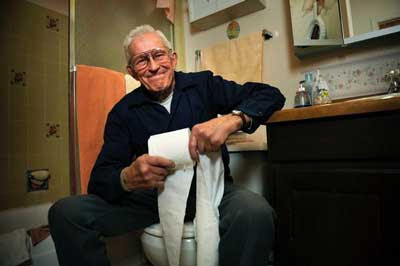 Labels: In the News, Video, Why?

Why I Hate Wild Rabbits In My Yard
Posted by The Man at 8:37 AM No comments: 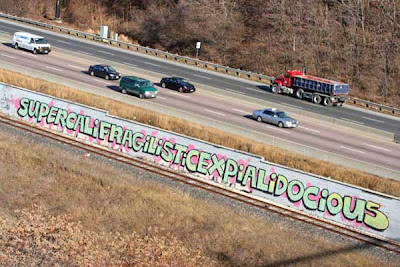 The two sides of the Chaotianmen Bridge met for the first time yesterday, completing the world's largest arch bridge.
The bridge, which spans the Yangtze River in Chongqing, is double-decked, and has six car lanes running along the uppermost level. The £180million bridge is 1,721 meters (5,650ft) long and its main arch spans 552 meters, 49 meters longer than the Sydney Harbor Bridge and 3 meters longer than the previous record holder, the Lupu Bridge in Shanghai. It is due to open later this year.

Police in Scotland have set up a Web site to allow the public to meet their newest, and cutest, recruit as he learns how to sniff out criminals. 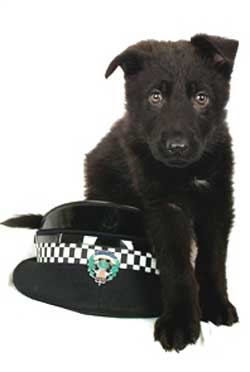 A six-week-old jet-black puppy with no name, one of a litter of seven, has been given his own online diary as he prepares to begin his new career with Tayside Police. 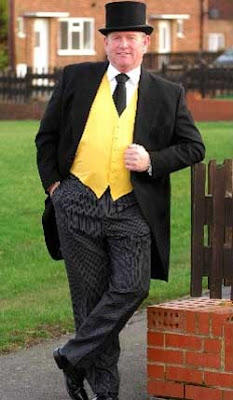 Photo from here.
Posted by The Man at 8:20 AM No comments: