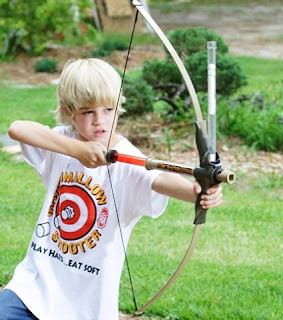 .
.
.
The Bow and Mallow Camo operates just like a conventional bow and arrow, except that no arrows are included — only safe, soft mini marshmallows. Its nifty design converts the power created by the bowstring into compressed air pressure — strong enough to launch a mini marshmallow up to 30 feet!
.
Posted by The Man at 12:14 PM No comments: 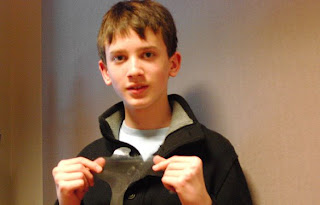 Eighth grader Charlie Sobcov wants to stop birds from dying in collisions with windows, but he doesn't want to ruin anybody's view.
For his latest school science fair project he has invented painted, plastic decals that can be placed — discreetly — right in the middle of a window pane.
"This paint is a color that birds can see but humans can't," he said Wednesday on CBC Radio's All in a Day. "It's like putting a big stop sign in the middle of the window."
The color is ultraviolet, beyond the range of colors visible to humans. That means the "stop sign" lets birds know the window is solid, but is nearly invisible to humans.
Similar flying falcon-shaped decals already exist on the windows of some buildings, but unlike Sobcov's, they are black and can obstruct part of the window.
Sobcov, who studies at the Turnbull School, a private school in Ottawa, said he first fell in love with birds while on a trip with his parents to Costa Rica four years ago. He learned that bird populations were decreasing around the world, and that many scientists were blaming global warming.
He later read that about 500 million birds a year in Mexico, the U.S. and Canada were dying as a result of crashing into windows. Many deadly bird collision are with the windows of skyscrapers along their migratory paths.
Sobcov resolved to help save the lives of some of those birds.
. 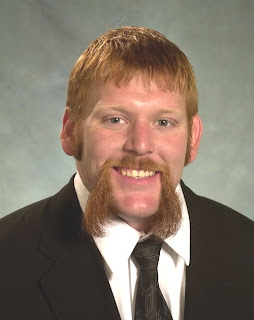 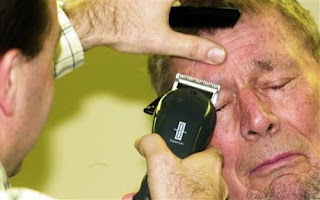 A 72-year-old man with eyebrows so long he brushed them each morning raised $1,600 for charity from people who paid to take turns trimming his out-of-control brows. Some of the wiry hairs shorn from Si Burgher’s shaggy eyebrows measured more than three inches long because the former jeweler’s brows had never been trimmed. Burgher’s eyebrows were so long he used to brush them before leaving the house. But he agreed to have the overgrown brows tamed last week by members of the Bloomfield Rotary Club to raise money for a polio eradication campaign.
.
Posted by The Man at 9:32 AM No comments: 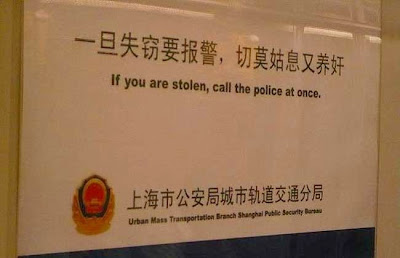 The Boy With The Incredible Brain

This is the breathtaking story of Daniel Tammet. A twenty-something with extraordinary mental abilities, Daniel is one of the world’s few savants. He can do calculations to 100 decimal places in his head, and learn a language in a week. This documentary follows Daniel as he travels to America to meet the scientists who are convinced he may hold the key to unlocking similar abilities in everyone. He also meets the world’s most famous savant, the man who inspired Dustin Hoffman’s character in the Oscar winning film ‘Rain Man’. (2005)
.
.
Posted by The Man at 9:27 AM No comments: