You don’t want to be in a confine space 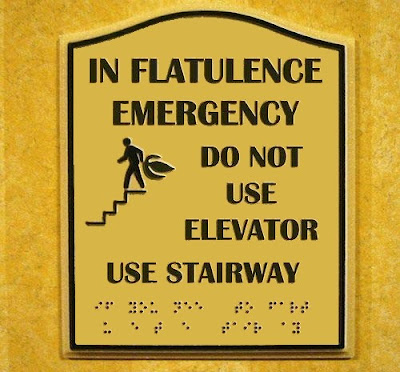 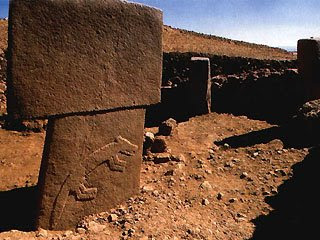 It's more than twice as old as the Pyramids, or even the written word. When it was built, saber-toothed tigers and woolly mammoths still roamed, and the Ice Age had just ended.
The elaborate temple at Gobelki Tepe in southeastern Turkey, near the Syrian border, is staggeringly ancient: 11,500 years old, from a time just before humans learned to farm grains and domesticate animals.
According to the German archaeologist in charge of excavations at the site, it might be the birthplace of agriculture, of organized religion — of civilization itself.
"This is the first human-built holy place," Klaus Schmidt of the German Archaeological Institute says in the November issue of Smithsonian magazine.
Posted by The Man at 7:38 AM No comments: 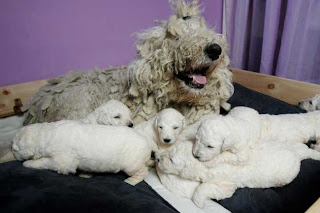 One of the world's rarest dogs has seen its UK population boosted by a quarter after a record litter of nine pups.
Kyra gave birth to Britain's biggest-ever litter of Komondors, which are worth £1,000 each. The breed is known as the world's hairiest dog because their fur grows in long dreadlocks which resemble a 'mop' reaching the floor.
There were only 40 Komondors in Britain but the breed's population has gone up by a quarter thanks to the unprecedented litter. Each fluffy pup is identical and so they have been daubed with a different colour on their tails so that their owners can keep track of them. The method has also helped name them with the litter known as Red, Blue, Purple, Green, Silver, Brown, Pink, White and Tiny - named because he was slightly smaller than the others.
Posted by The Man at 7:34 AM No comments: