Daddy you can’t ride without your helmet 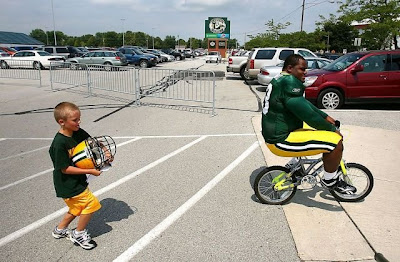 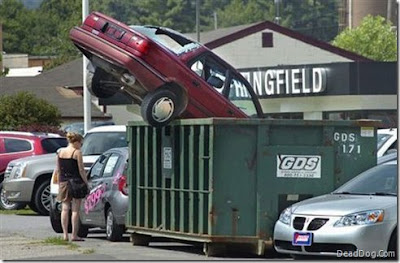 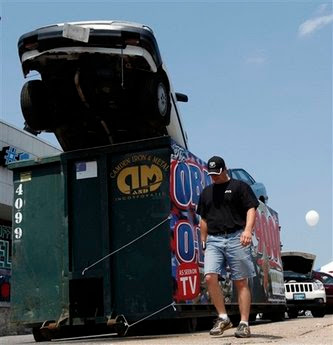 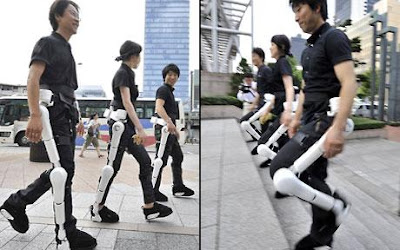 A Japanese company has unveiled a robotic suit that is designed to help people with weak limbs or limited physical range to walk and move like an able-bodied person.

The suit, called HAL – or Hybrid Assistive Limb – is the work of Cyberdyne Corporation in Japan, and has been created to "upgrade the existing physical capabilities of the human body".
HAL, which weighs 23kg, is comprised of robotic 'limbs', and a backpack containing the suit's battery and computer system. It is strapped to the body and controlled by thought. When a person attempts to move, nerve signals are sent from the brain to the muscles, and very weak traces of these signals can be detected on the surface of the skin. The HAL suit identifies these signals using a sensor attached the skin of the wearer, and a signal is sent to the suit's power unit telling the suit to move in unison with the wearer's own limbs.

People with physical disabilities, such as stroke-induced paralysis or spinal cord injuries, can hire the suit at a cost of Y220,000 (£1,370) per month, and Cyberdyne Corporation believes the technology can have a variety of applications, including in physical training and rehabilitation, adding extra "muscle" to heavy labour jobs, and even in rescue and recovery operations.
HAL can help the wearer to carry out a variety of every day tasks, including standing up from a chair, walking, climbing up and down stairs, and lifting heavy objects. The suit can operate for almost five hours before it needs recharging, and Cyberdyne Corporation says that it does not feel heavy to wear, because the robotic exoskeleton supports its own weight.
Researchers at the corporation said HAL had been designed for use both indoors and outdoors. Professor Yoshiyuki Sankai, the company's founder and chief executive, originally created the suit for climbing mountains.
"HAL can even work in the snow at a height of 4,000m above sea level," claims the company.
.
Posted by The Man at 11:43 AM 2 comments: