I walked to school 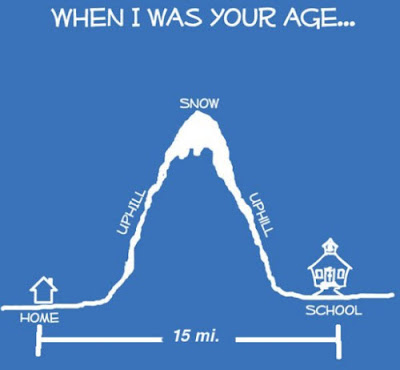 A little French girl hatches a plan to get rid of the incriminating evidence.
I heard a noise...I think it's daddy! Quick
.
.
Posted by The Man at 11:31 AM No comments: 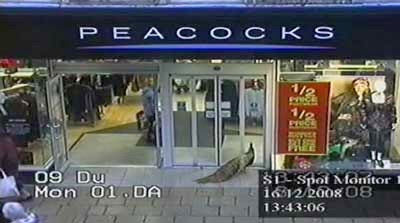 A peacock with an eye for fashion was caught on CCTV cameras window shopping at a clothes shop called Peacocks.
A number of the birds live in Dunfermline's Pittencrieff Park but often wander out into the town and along the High Street where the shop is located.
Staff in the Fife town noticed that this particular peacock likes to shelter from the wind and rain in the tiled area in front of the doors. It is normally too engrossed by the window displays to be bothered by passers-by.
Martin Rae, manager of the fashion store, said: "The bird just seemed to make straight for the shop. He must have seen the word Peacocks above the door and thought it was an invitation." It has found a home for itself and sits there under the cover away from the rain and preens its feathers. It is quite amicable and friendly."The bird started visiting Peacocks around a month ago when the weather worsened.
VIDEO
.
Posted by The Man at 11:21 AM No comments: 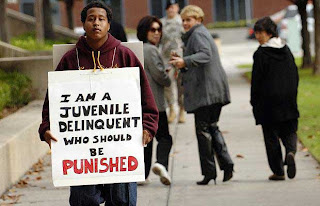 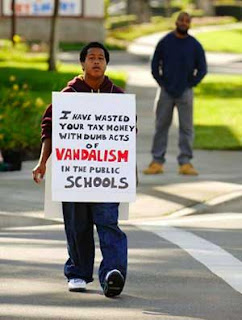 The Economides clan of Arizona reveal how to recession-proof your finances
They’ve been called cheapskates, tightwads, misers, and just plain weird. But names that others would consider derogatory are embraced as badges of honor by Steve and Annette Economides.
The couple and their five children bill themselves as "The Cheapest Family in America" and "The Frugals." On Thursday they showed TODAY viewers how they, too, can have everything they need and live debt-free in an expansive home in one of America’s tonier neighborhoods — on less than $45,000 a year.
"The economy is in a tailspin, and we’re just perfectly fine," Annette Economides told TODAY’s Ann Curry in New York, adding, "I am the Warren Buffett of groceries."

Rummaging the racks
Annette was joined in the studio by her husband, Steve, and three of their five children: Abbey, Joseph and Becky. Before talking with Curry, the five Economides watched a video of themselves doing their Christmas shopping in stores that specialize in bargains near their Scottsdale, Ariz., home.
Annette rummaged through racks of clothing marked down to the bare minimum for clearance. She inspected tchotchkes, remarking on the prices. Elsewhere in the store, Steve was looking through sporting goods, his face lighting up when he found a Nike volleyball for $2.50 — a perfect gift for Abbey.
At the checkout counter, Annette paid with cash. "Twelve items for $17.15," she said proudly. The family’s total Christmas shopping bill this year was $90 for 27 gifts.
.
Posted by The Man at 7:47 AM No comments:

Has Someone Been Naughty?

Click to Enlarge
.
Have You Been Naughty Or Nice On The Back Window
Merry Christmas On The Trunk Lid
Happy Holidays On Rear Bumper
And Christmas Lights All Over The Car.
. 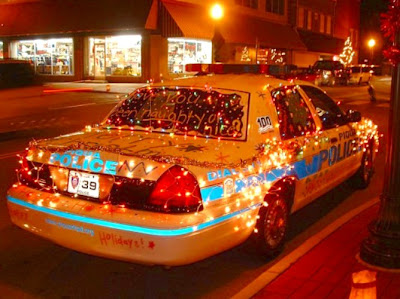 Animals in the news

Farting Gorillas Caused Evacuation
Bosses at one of England's top zoos had to evacuate an area after they gave gorillas brussel sprouts for breakfast.
The traditional Christmas veg made the animals cause such a stink the monkey enclosure at Chessington Zoo had to be cleared of visitors.
Keeper Michael Riozzi said: "We've started feeding the gorillas Brussels because they are packed with vitamin C. "Unfortunately, an embarrassing side effect is that it can cause bouts of flatulence in humans and animals alike."
The stunned zookeeper added: "I don't think any of us were prepared for a smell that strong."
.
Goat takes the school bus