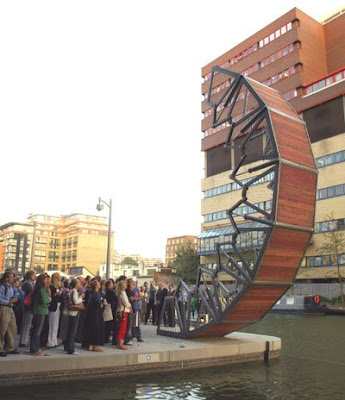 This is the Heatherwick Studio Rolling Bridge in Paddington Basin, London.
Rather than a conventional opening bridge mechanism, consisting of a single rigid element that lifts to let boats pass, the Rolling Bridge gets out of the way by curling up until its two ends touch. While in its horizontal position, the bridge is a normal, inconspicuous steel and timber footbridge; fully open, it forms a circle on one bank of the water that bears little resemblance to its former self.

Twelve meters long, the bridge is made in eight steel and timber sections, and is made to curl by hydraulic rams set into the handrail between each section.
Posted by The Man at 6:59 PM No comments: 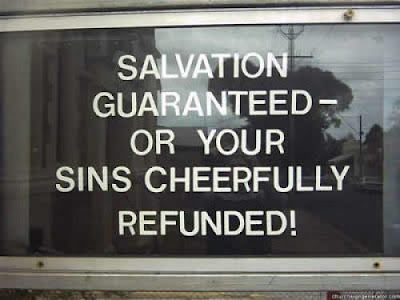 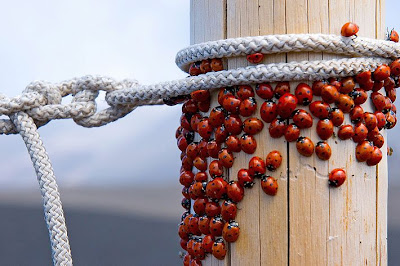 This Cat Got It Made 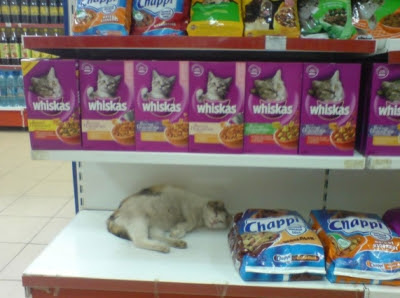 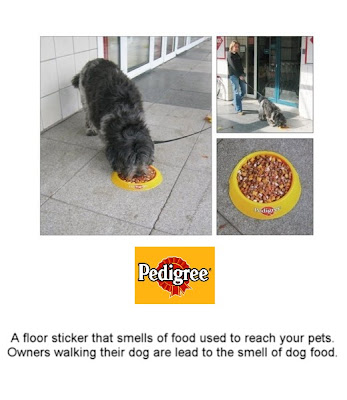 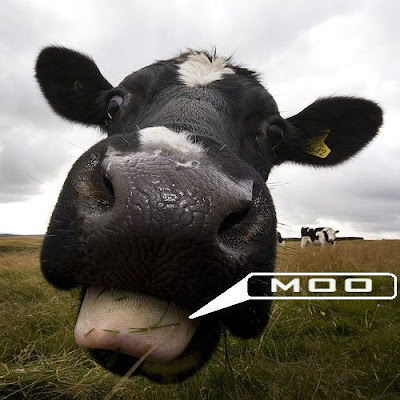 I thought it would never get here.

Amount of space required to transport the same number of,
passengers by car, bus or bicycle. 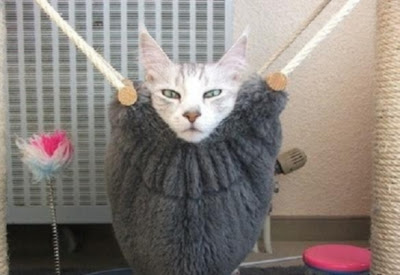 Got to feel bad for this dude he struggles through the middle of a broadcast and finally can’t take it anymore and rushes off for an emergency bathroom break.
Posted by The Man at 11:14 AM No comments: