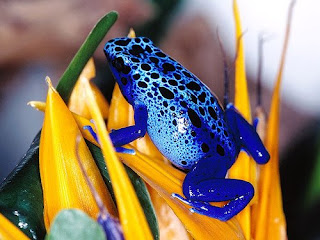 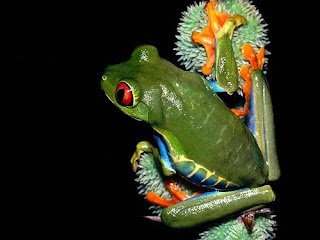 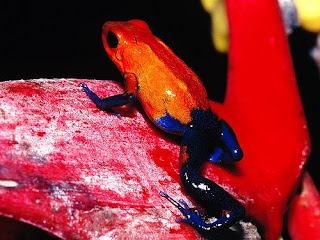 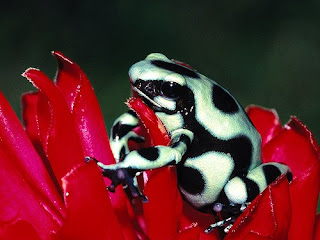 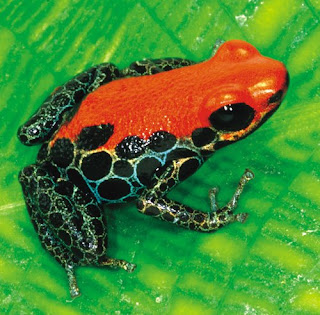 I have to admit this is cute 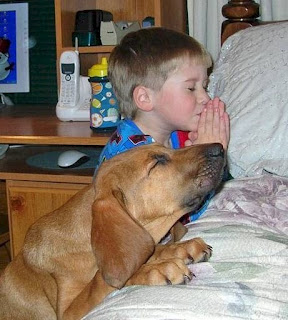 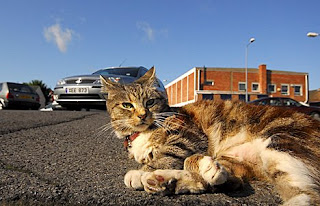 Town center traffic is being brought to a standstill - by a cat. Now frustrated authorities have slapped a curfew on Mollie the moggy after she was blamed for wreaking havoc in St Peter's Avenue car park.
Drivers are having to swerve out of the way as she coolly makes her way across her resort territory and then stretches out across the Cleethorpes car park's only exit - causing tailbacks down one-way Cosgrove Street, and gridlock around the busy shopping area.
And local Police Community Support Officers (PCSOs) say they have had no choice but to impose a curfew on Mollie at peak times during the day. The two-year-old rescue cat's owners are Colin and Angela Binns, of Cosgrove Street, and their sons Thomas and James. Mr Binns said he will now have to buy a cat-flap which has a timer on it to keep Mollie indoors during those times. Colin (38) said: "I will be in trouble if she gets out. I consider it a warning. "If the curfew does not work, it could be an ASBO next," he joked." She is oblivious to cars. They all toot their horns but have to go around her. I don't know how we can keep her in when all she wants is to go out and be cool. "I could understand it, if she was a dog. But she's just a cat and she is friendly."
NEWS Video
Posted by The Man at 6:27 PM No comments:

Boy's family angry over hat ban
The parents of a 13-year-old schoolboy are angry that his school is making him take lessons in isolation because he turned up wearing a baseball cap.
Dale Platts from Collingham in Nottinghamshire wears a hat because he has alopecia which causes baldness.
The Robert Pattinson School in North Hykeham, Lincolnshire said it does not allow peaked baseball caps and the boy would have to take classes alone.
Dale's mother Kenina Platts said she wanted the decision reversed.
"It is like putting him in solitary confinement. It is punishing him for being bald," she said.
The condition means he has no hair, eyebrows or eyelashes.
The school told the BBC that its uniform policy does not allow peaked caps or hoodies, but some adaptations could be made to the uniform for medical or religious reasons.
In this case, the school said it believed the family had agreed to a compromise allowing the boy to wear a knitted beanie-style hat.
Mrs Platts said the woollen "beanie" hat makes her son's scalp hot and sweaty and causes eczema and psoriasis and he suffers from headaches.
"He wears the peaked cap for protection for his eyes to prevent light and dust from affecting them," she said.
NEWS Video
.
Schoolboy sent home for having ginger hair
Schoolboy Felix Kramer's new term lasted less than an hour yesterday - when he was sent home for having a one-inch ginger fringe.
Felix Kramer, 15, had the end of his brown hair bleached by the sun over summer.
Teachers admitted he had not dyed it in breach of school rules but booted him out anyway until he gets it trimmed.
The GCSE pupil said: "I was five minutes late for assembly when a senior teacher took me aside and said I had to go home.
"I didn't even have time to see my friends.
"I was shocked as my hair goes like this every year, but they said it wasn't acceptable.
"My dad was quite angry about it and said I should get the school to pay for my haircut."
His father Ian furiously phoned up Isleworth and Syon School in West London, but teachers refused to budge.
"They were apologetic but told me rules are rules. I couldn't believe it when they told me.
Posted by The Man at 12:46 PM No comments: