When is it a bad time to sneeze

When you sneeze while driving and lose control.
An untimely sneeze nearly cost Andrew Hanson his life. The 42-year-old Weymouth man told authorities that a sneeze caused him to lose control of his pickup on Soldiers Field Road and plunge into Boston's Charles River on Tuesday.
Hanson was able to wade to shore after escaping from the truck, which was partially submerged in 4 feet of water. He was not seriously injured but was taken to a hospital as a precaution.
Lawrence Callahan of the Massachusetts Department of Conservation and Recreation said Hanson told him that after he sneezed, "the next thing he knew he was in the river."
.
Posted by The Man at 3:22 PM No comments:

They spent who knows how much money and time to say what everyone already knows. 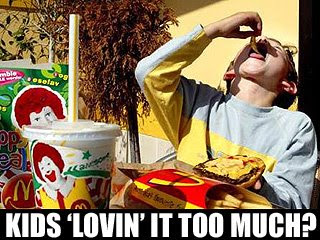 A little less "I'm Lovin' It" could put a significant dent in the problem of childhood obesity, suggests a new study that attempts to measure the effect of TV fast-food ads.
A ban on such commercials would reduce the number of obese young children by 18 percent, and the number of obese older kids by 14 percent, researchers found.
.
Posted by The Man at 3:14 PM No comments: 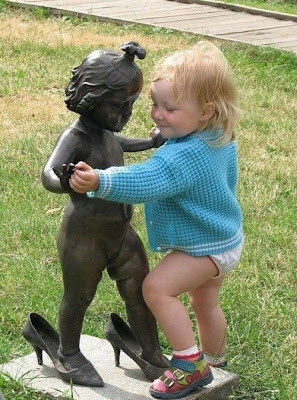