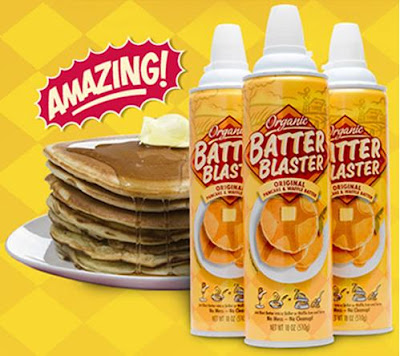 Batter Blaster Pancakes in an Aerosol Can
Just point the can’s nozzle over a heated frying pan and spray away. The San Francisco manufacturer claims to have a patent pending, though it seems hard to find a store that is stocking the product on the website's search engine. Let's just hope that's because Batter Blaster just hit the market last week.
Batter Blaster – carries the USDA "Organic" stamp.
Posted by The Man at 9:06 PM No comments: 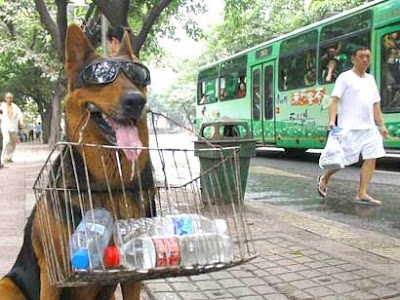 An Alsatian has become something of a local celebrity in a Chinese city for his habit of wearing sunglasses.
Fei Fei's owner says he bought the dog a pair of sunglasses to protect his eyes from the strong sun in Chongqing, Sichuan Province.
He wasn't sure if the dog would take to wearing sunglasses - but to his surprise he loves them so much he won't go out without them.
"I thought that the strong sunshine we get here in the summer time could not be good for his eyes," the dog's owner said.
"But now if I don't put his sunglasses on before we go out, he barks at me non-stop until I do."
Fei Fei now attracts attention wherever he goes - as the coolest dog in the city.
.
Posted by The Man at 12:19 PM No comments:

A wedding couple filmed dancing down the aisle have become an internet sensation after the video received six million YouTube hits.
The whole dance, performed to the tune of Chris Brown's 2008 song, Forever, lasts five minutes and takes most of the assembled guests by surprise.
The video clip, posted only one week ago, shows Kevin Heinz and Jill Peterson dancing energetically towards the altar, followed by their ushers, bridesmaids and groomsmen.
The groom, 28, performs a somersault on his way to the altar and his hip-swaying bride, also 28, receives a standing ovation as she joins him for the exchange of vows.
The video has already turned the couple, from St Paul, Minnesota, into celebrities with appearances on network television.
"I'm just glad I didn't hurt myself," Mr Heinz said of his somersault.
.
.
Posted by The Man at 12:16 PM No comments: 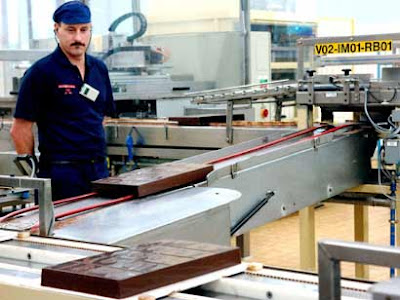 A bar of chocolate has been created that can be eaten while you diet.
Its makers claim it has 90% fewer calories than a normal bar and doesn't melt as easy as every day chocolate.
Swiss chocolatier Barry Callebaut has named his secret ingredient "Vulcano" because it can withstand heat up to 55C.
A spokesman said "Our engineers stumbled upon the technique by accident.
"It's nice and chocolatey with a strong aroma. It does melt in the mouth but it is the enzymes in saliva rather than the heat that cause it to dissolve."
The company hope to sell Vulcano to Cadbury's and Nestle and It could be used in their bars within two years.
.
Posted by The Man at 12:13 PM No comments: 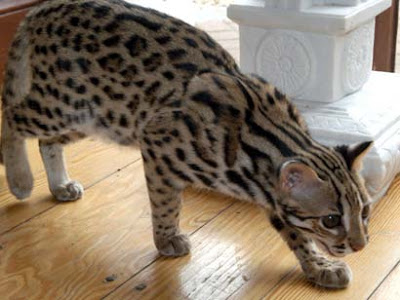 A cat sparked a full-scale emergency after stepping on a phone and dialing 999.
Watson, a one-year-old Bengal, trod on the handset and then somehow hit the redial button four times.
Police raced to the address and spotted a smashed vase when they peered through a window. Fearing a burglary they broke down the door.
Owner Lauren O'Shea, 23, an animal nursing assistant, said: "A friend saw all commotion at my flat and called me.
"I hurried round there and the police told me they thought there had been a burglary.
"I immediately said, 'I bet it was the cat'. When we first moved in he would play a lot with the phone."
Lauren, of East Preston, West Sussex, added: "When we first moved in, the cat would play with the phone a lot - so we used to try to hide it from him."
Clumsy moggy Watson, who Lauren took from an animal rescue center, redeemed himself when he won second prize at a Bengal cat show at the weekend.
.
Posted by The Man at 12:09 PM No comments: