Cooks in Iran have tried to assemble the world's largest ostrich sandwich at a food festival in Tehran, as part of a bid to promote healthy eating.
The organizers want to promote Iran's fledgling ostrich farming business.
About 1,500 cooks used 1,000kg (2,200lbs) of ostrich meat to make the 1,500m (4,920ft) long sandwich.
It took two days to prepare the sandwich, and a huge measuring tape ran the length of the table on which it was sitting.
.
.
Posted by The Man at 9:47 AM No comments: 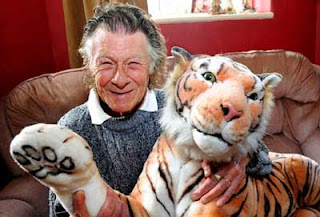 Imagine, you’re using a porta-potty and when you get out.... you are in a office meeting !
Posted by The Man at 9:39 AM No comments:

Two Women Shocked to Learn They Are Sisters 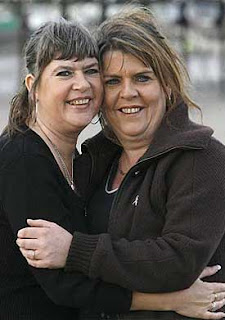 Two British women who have known each other 30 years were stunned to discover they are sisters.
Deborah Day was adopted when she was two months old — separating her from big sister Marilyn Morris.
They met again as teenagers working in a supermarket and became friends — but had no idea they were related.
They lost touch again but the truth finally came to light when their oldest sister Sally Griffiths launched a search for her lost family.
At a reunion Deborah, 44, and Marilyn, 45, were shocked to discover they were more than friends.
They live within a mile of each other in Weston-super-Mare, Somerset, and even send their children to the same school.
"When we worked together we realized we were similar," Day said. "But I never imagined Marilyn was my sister. We’ve got years of catching up to do and we’re enjoying every minute."
Marilyn added: "Debbie and I look so alike. It’s wonderful because we have such a great family now.
Posted by The Man at 9:23 AM No comments: