Will Christmas Ever Get Here 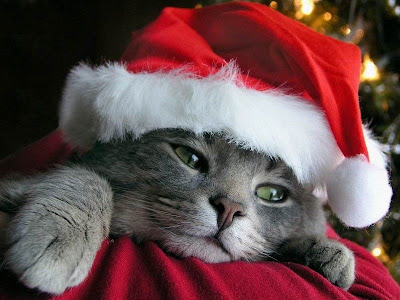 Time for a Hair Cut 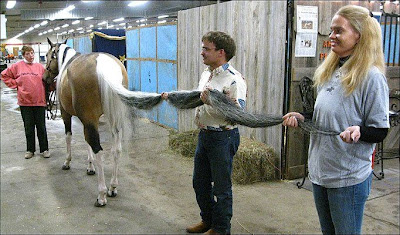 Busted even with headphones on. 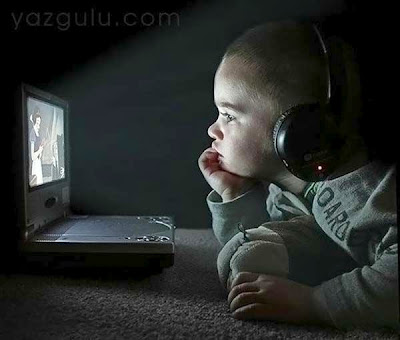 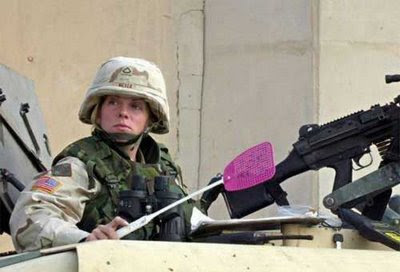 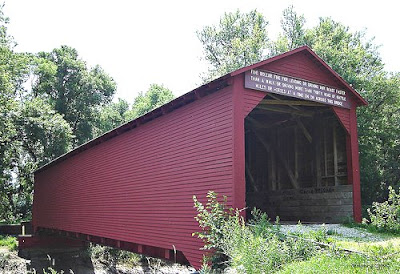 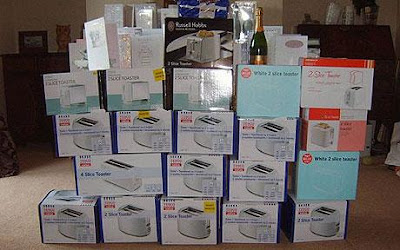 Most newly-weds expects a toaster
among their wedding gifts, but one couple were left a little surprised when they received no less than 24.
Claire and Stuart Linley had asked for cash or vouchers from their 160 guests, which they planned to put toward a honeymoon.
They first realised something was up when they received a pile of gifts all in the same shaped box.
When Mrs Linley began to open the presents she was bemused to find that each one was a Tesco white 2-slice toaster.
Then it emerged the "coincidence" was actually a joke conceived on Mr Linley's party in Ibiza.
The auto-electrician, 31, said: "The boys were asking me what I wanted as a wedding present, and I said either money or vouchers because I didn't want to end up with a hundred toasters.
"Then one of my friends took it upon himself to tell everyone to buy us a toaster.
"On the morning when we came to open our presents I knew something was going on as I had about 15 text messages asking if I was having toast for breakfast."
The couple, have now returned 23 of the toasters, but decided to keep one.
.
Posted by The Man at 2:32 PM No comments: