The people who are starting college this fall across the nation were born in 1988.

They are too young to remember the space shuttle blowing up.

Their lifetime has always included AIDS.

Bottle caps have always been screw off and plastic.

The CD was introduced the year they were born.

They have always had an answering machine!

They have always had cable.

They cannot fathom not having a remote control.

Jay Leno has always been on the Tonight Show.

Popcorn has always been cooked in the microwave

They never took a swim and thought about Jaws.

They don't know who Mork was or where he was from.

They don't have a clue how to use a typewriter.

Do you feel old yet? Pass this on to the other old fogies on your list.
Notice the larger type, that's for those of you who have trouble reading...
Posted by The Man at 6:33 PM No comments:

The work done each year by a typical stay-at-home dad is worth $128,755 in annual salary, according to a study by Salary.com. That's 2.7 percent higher than last year, but still more than $9,000 less than the services provided by stay-at-home mothers.
The survey of 6,500 fathers also found that fathers who work outside the house provide $72,000 worth of housework services. Meredith Hanrahan, Salary.com's chief marketing officer, said dads contribute a lot, though some could say they fall short. The U.S. Census Bureau estimates there are 159,000 dads who made the choice to stay at home in 2006. Meanwhile, the U.S. Census Bureau estimates there were 5.6 million stay-at-home moms in 2006.In the survey, the company determined the top 10 parts of a dad's job description. Each was given a dollar value based on hours worked. » Article here
The top jobs for stay-at-home dads, in order of time spent, were:* Day care center teacher* Computer operator* Cook* Van driver* Facilities manager* Psychologist* Chief executive officer* Groundskeeper* Laundry machine operator.
Posted by The Man at 3:15 PM No comments:

Bubba goes to the revival and listens to the preacher.
After a while, the preacher asks anyone with needs to come forward and be prayed over. Bubba gets in line.
When it's his turn the preachersays, "Bubba, what you want me to pray about?"
Bubba says, "Preacher, I need you to pray for my hearing."
So the preacher puts one finger in Bubba's ear and the other hand on top of his head and prays a while. After a few minutes, he removes his hands and says, "Bubba how's your hearing now?"
Bubba says, "I don't know preacher, my court date it's not until next Wednesday in Little Rock."
Posted by The Man at 12:00 PM No comments:

What A Mother Go's Through For Her Kids

Dog swims 4 km to nurse pups
A dog swims more than 4km every day to nurse her newborn puppies that are stranded on an island.
The dog, already a celebrity and is called Huahua by local people. 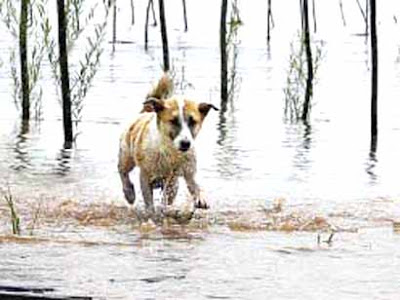 She gave birth to four pups at Shanhuba, which has become an island in the Changjiang River due to the heavy rains this summer.
Huahua swims 1.2 km to the island every day to nurse her four babies.
Then she returns to the Changjiang River, to swim another 1.1 km to another part of the city to feed herself. 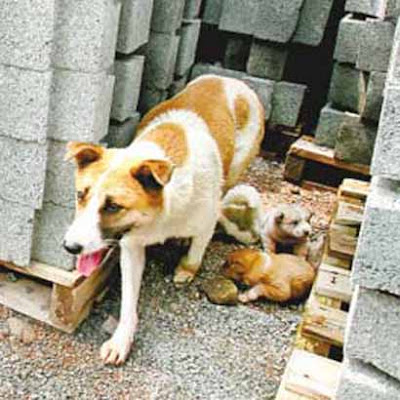 Each day Huahua does the whole journey twice, once in the morning, around 7 am, and again at 7 pm, at which point she stays with her pups on the island and returns to the city the next morning.
Huang Pingren, who swims to the island everyday, says he discovered the amazing dog a few weeks ago.
"I was resting on the island, and found the unprotected litter of dogs.
Huang even published a story on the internet, describing the great deeds of the dog mother, and leading to an outpouring of enthusiasm from readers.
"Many citizens found me and said they wanted to do something, like contribute food or money, but I told them not to, since too many visitors may scare the mom away."
Two days ago, the water rose again, and the mother has moved her children to a higher point on the island.