I 'Yabba Dabba Do' 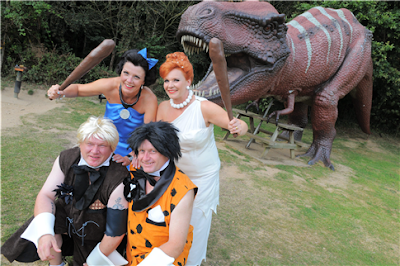 Richard and Jill Noble (Barney and Betty Rubble)
Andrea and Simon Bean (Wilma and Fred Flinstone).
.
It started with a tipsy joke, but ended with a full-blown Bedrock wedding as the perfect way to lay the foundations of a new life together.
For their special day, two Norfolk couples decided to turn to the Stone Age for inspiration and recreated the children's cartoon show The Flintstones by dressing up its main characters.
Andrea and Simon Bean, aka Fred and Wilma Flinstone, and Richard and Jill Noble, aka Barney and Betty Rubble, celebrated their double wedding at Weston Park Golf Club on Saturday by taking a quick trip to the next door dinosaur park for some spectacular wedding photographs sure to raise eyebrows on any mantelpiece.
With 165 guests dressed as cavemen and women, two best men dressed as dinosaurs, and a spectacular tiered wedding rock cake, both Wilma and Betty entered the ceremony to the traditional organ sound of Wagner's Bridal March.
However, this was quickly replaced by an organ version of The Flintstones theme tune.Mrs Bean, nee Thurston, who lives in Grange Close, Hoveton, said: "It was a fantastic day and all the guests made such an effort."We had so much fun and the registrars were absolutely brilliant.

The guests at the wedding. 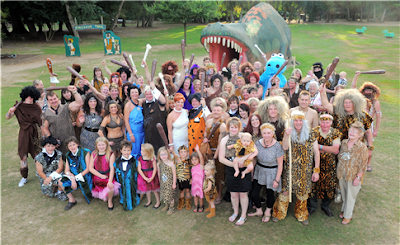 "We've all been married before so we didn't want the traditional white wedding." The couples are close, as the new Mrs Noble, of Starston in South Norfolk, is Mr Bean's sister, and the idea was borne out of a fun stay at Alton Towers theme park, when they joked about Mr Noble laughing like Barney Rubble and ended up calling each other by the names of the four main characters.
Mrs Bean, 36, said: "We have been criticized by some people as not taking the wedding seriously, but we did take our vows very seriously."
Some people out there don't agree with it, but a lot of people enjoyed it and agreed with what we decided we wanted to do."The couple's outfits were made by Future Couture and the ladies' hair done by Chinelo's Hair Studio, both in Magdalen Street.
Instead of wedding presents, the couples asked guests to donate money to the Children's Liver Disease Foundation and raised more than £1,200 on the day.
The charity is close to Mrs Bean's heart as her son Sam, now 15, had a liver transplant when he was just eight months old and she has since raised about £27,000 for the cause.
Mrs Bean, who works for her new husband's stainless steel products company Greasebusters, said: "My son wouldn't be here today if somebody hadn't donated their liver to him, so I'm always urging people to sign up for organ donation too."
.
Posted by The Man at 4:52 PM No comments:

There I Fixed It 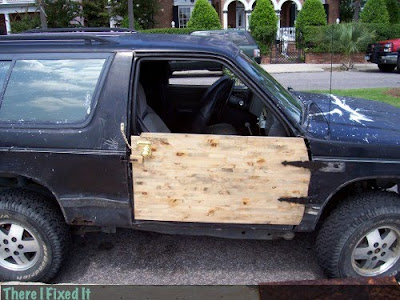 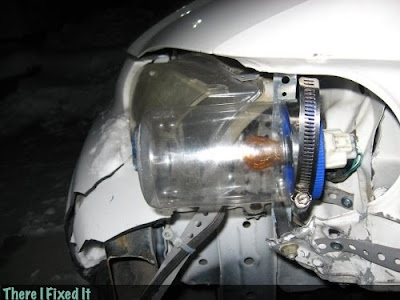 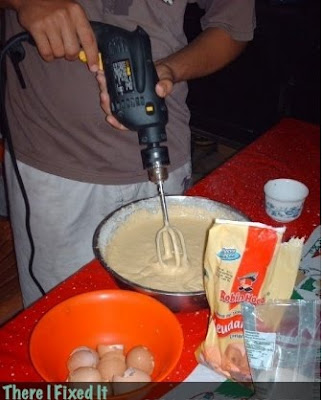 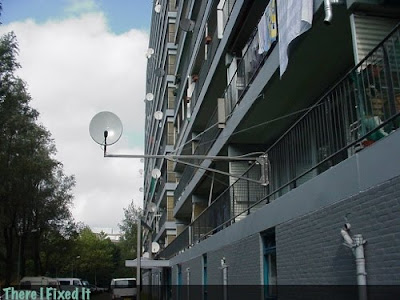 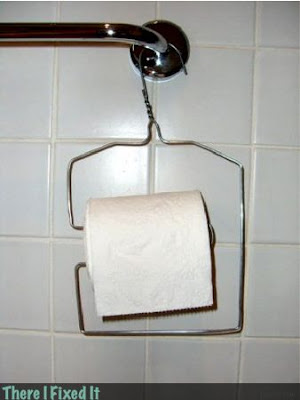 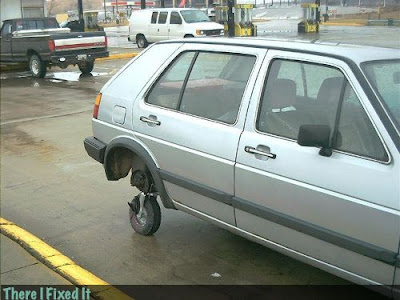 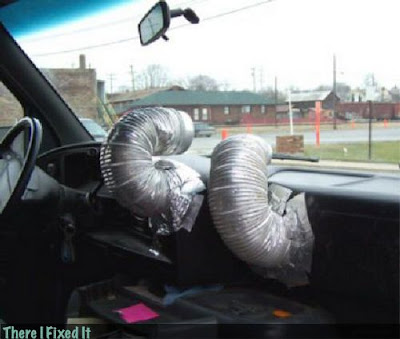 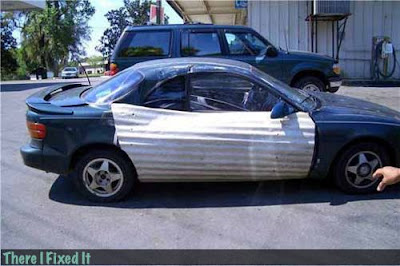 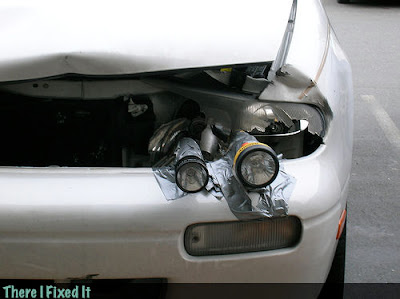 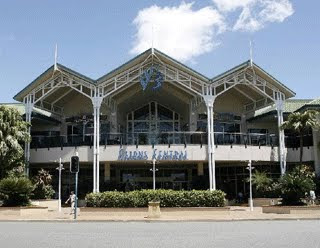 A British tourist has spent a night trapped in a French town hall after mistakenly thinking she could book a room at the "hotel de ville". The hapless female visitor arrived in the Alsace town of Dannemarie on Friday and tried to find a bed for the night. Spotting the impressive-looking "hotel de ville", the tourist popped in to use the toilet before trying to check in. But as she was in the convenience, officials finished a meeting, left the town hall and locked its door. The solitary traveler, said to be in her 30s, ended up with the inconvenience of spending the night on chairs in the building's lobby.
The woman tried calling for help and switching the town hall lights on and off to attract attention, Dannemarie's mayor, Paul Mumbach said. But her plight went unnoticed until Saturday morning when a passer-by noticed a message she posted on the inside of one of the building's glass doors. "The note said 'Je suis fermer ici. Est ce possible moi la porte ouvrir?' (I am to close here. Is it possible me the door to open?)" said Mr Mumbach. "The woman did not speak very much French, but she did make it clear that the next night she would find a proper hotel to sleep in," he said. Dannemarie is a small town of some 2,500 people near the Swiss and German borders, but the nearest open hotel is in the neighboring town, said the mayor.
.
Posted by The Man at 9:57 AM No comments:

Stairway to Heaven on a Harp