How to make a sculpted dog cake

Elisa Strauss sculpted her dad's labradoodle for his birthday.
.
For more information, please visit Confetti Cakes
Posted by The Man at 8:50 AM No comments:

Should I get a dog? 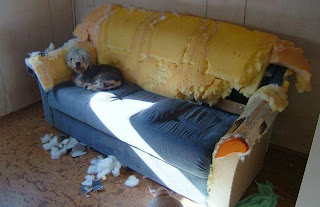 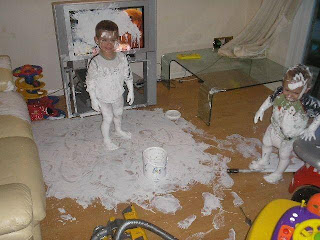 'Supersede' most often misspelled
Collins Dictionaries of Britain said its researchers have estimated that the most commonly misspelled word in the English language is "supersede."
The company said the word is misspelled one out of every 10 times it is used because many other words with phonetically similar endings -- such as intercede and precede -- are spelled with the letter "c" instead of "s,"
Collins said other commonly misspelled words -- including conscience, indict, foreign, mortgage and phlegm -- are challenging because they their spelling is different from their phonetic pronunciations.
.
Cops bust movie set, not robbery
Police officers in North Andover, Mass., accidentally interrupted a movie set thinking it was the site of a robbery attempt, a director says.
Director John Depew said he was filming a scene at a North Andover convenience store last weekend when police officers suddenly stormed in to apprehend their suspects.
"They came in and they said, 'Drop the gun' and I couldn't see the officer because he was behind (me)," Depew said. "I said, 'It's a movie, it's a movie -- we're filming a movie!'"
Depew said two actors playing robbers for the last Sunday's scene were placed in handcuffs by the officers, but were released after the situation was explained.
The confusion was brought about by a mistaken 911 call from an unidentified individual who said an actual robbery was taking place at the store.
.
Footprints in judge’s office spell end for masked bandit
The evidence in his office gave the judge pause: a half-eaten apple and some very distinctive footprints.
Federal bankruptcy Judge Paul W. Bonapfel reported the break-in last week at the Richard B. Russell Federal Building in downtown Atlanta.
The intruder made no effort to cover his tracks across a stack of federal memos in the 14th-floor office. When the judge called in his staff and others to examine the scene, the evidence was conclusive: The perpetrator was a raccoon.
In the following days, judges and staff who work in the building reported other thefts — chocolate chip cookies stolen from a 10th-floor desk, a sandwich on the 9th floor, and a packet of dried soup purloined from the 23rd floor.
A court clerk created a "wanted" poster, and Bonapfel's staff posted a "raccoon crossing" sign on the judge's door.
Workers from a company that specializes in catching wildlife placed a trap in the ceiling over a judge's office and baited it with tuna.
The wait ended Monday when a judicial assistant heard a noise overhead. Two workers removed the ceiling tiles and grabbed the suspect.
Office workers named the raccoon "Russell," in honor of the building's namesake. The General Services Administration, which manages the building, theorizes that Russell wriggled into the heating system from outside.
"We're going to see if we can get him turned loose on a farm somewhere," said Robert Perkins, the building's manager. "We're going to take him a long way from this building."
.
Baseball Team's Pitcher, 9, Ousted for Being Too Good
A Connecticut youth baseball team with a phenomenal 9-year-old pitcher has been disqualified because its team is too good.
The team, Will Power Fitness, has an 8-0 record thanks in large part to pitcher Jericho Scott, the New Haven Register reports. His pitching is so fast and accurate, the Liga Juvenil De Baseball De New Haven asked the team's coach, Wilfred Vidro, to replace him so he wouldn't frighten other players.
PICTURE and More
.
Posted by The Man at 5:30 AM No comments: