India court 466 years behind schedule
Judges spend about 5 minutes on cases, but thousands still pending
The High Court in New Delhi is so behind in its work that it could take up to 466 years to clear the enormous backlog, the court's chief justice said in a damning report that illustrates the decrepitude of India's judicial system.
The Delhi High Court races through each case in an average of four minutes and 55 seconds but still has tens of thousands of cases pending, including upward of 600 that are more than 20 years old, according to the report.
The problems of the Delhi High Court, which hears civil, criminal, and constitutional cases, is more the standard than the exception in India. The country's creaky judicial system has long been plagued by corruption, inefficiency and lack of accountability, often making the rule of law unattainable for all but the wealthy and the well-connected.
.
Woman wields wedgie to subdue suspect
Technician says she saw man trying to break into a co-worker’s car
It took a wedgie and a headlock to pin down a man suspected of breaking into a car.
Yvonne Morris, a technician at the Brickyard Animal Hospital, said she chased a man who broke into a co-worker's car, but he kept squirming away from her.
The third time, Morris grabbed hold of the man's boxer shorts and pulled. Salt Lake City police said she then she put a headlock on the man until help could arrive.
The man was booked into the Salt Lake County jail on suspicion of vehicle burglary, possession of stolen property and outstanding warrants.
.
Power Surge Causes Explosions In 55 Homes
Fifty-five homeowners in Minneola Florida were stunned Wednesday when a sudden power surge blew up appliances and caused fire to shoot out of outlets. It was all because of a mistake by their electric company.
Sumter Electric sent too much power through the wires to homes near Chelsea Parc Drive Appliances exploded and fire shot out of the outlets. Residents heard the explosion, they ran outside and found the breaker boxes outside their homes were on fire.
In home after home, neighbors suddenly experienced the same thing.
"Like sparks flew out of the outlets and there was a huge puff of a smoke and I just grabbed my son and ran outside," resident Taryn Anthony said.
Sumter County Electric Cooperative was upgrading the power grid around the Chelsea Parc neighborhood in Minneola when something went wrong. There was a power surge. The utility sent twice the normal amount of power, frying electrical systems in 55 homes.
"I was so scared, I didn't know what happened," 91-year-old Inez Slater said.
Slater was asleep and woke up to a fireball flying across her living room.
"All at once, my goodness in life, it was just like a bomb went off here, fire was just flying from lights everywhere in here," she said.
Now, her TV, her phone and life-alert bracelet no longer work. In other homes, Eyewitness News found appliances ruined and electrical outlets burned.
Rob Anderson came outside to find his power breaker on fire. He quickly put it out.
"Basically, everything in the house is gonna be fried," he said.
Firefighters had to use special equipment to make sure wiring inside people's homes wasn't still burning. The power company hired contractors to fix homeowners' electrical systems and is promising to replace damaged appliances.
Nobody was hurt and no ones house actually caught on fire.
Sumter Electric Cooperative said it is investigating why it happened. The utility said they've never had a problem like this before.
.
Posted by The Man at 3:58 PM No comments: 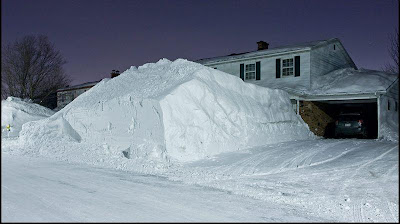 Some Canadians Say No

How To Lose Weight Easily 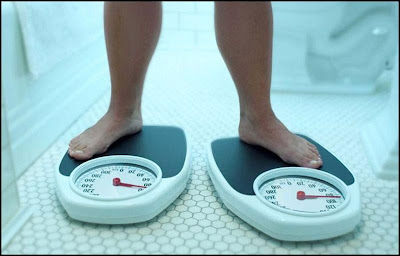 It appears both scales are right....Both scales the weight is the same.
So I lost weight.
.
Posted by The Man at 1:28 PM No comments:

What the stimulus package could buy?
President Obama signed the $787 billion economic stimulus bill into law. About $281 billion of the stimulus will go to new tax cuts with the remainder being spent on infrastructure investments, expanded unemployment benefits, and other programs.
.
More than 222 billion Big Macs 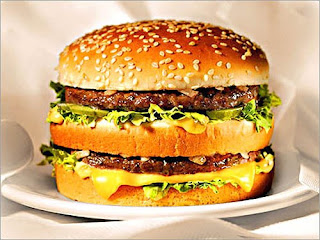 Since many look to the Bic Mac index to understand exchange rates, it might help put the stimulus package in perspective. With the Big Mac currently worth about $3.54, the stimulus could purchase over 222 billion of the beloved burgers.
.
What would you spend $787 billion on?
.
Posted by The Man at 10:09 AM No comments: