A Raleigh man has left his nearly $1.7 million estate to four North Carolina cat charities.
Emil Campbell died suddenly last month and left instructions for his lawyer to bequeath his entire estate to cats.
Attorney Bobby Khot said Campbell left the money to four charities: Snowflake Animal Rescue, Marley's Cat Tales, SAFE Haven for Cats and Second Chance Pet Adoptions.
A spokeswoman for Snowflake Animal Rescue said her organization typically gets less than $6,000 a year in donations. She said she had to read the letter about Campbell's donation twice before she believed it.
Khot said his client didn't work at a high paying job but was very frugal and saved money. He said Campbell had one surviving daughter.
.
Posted by The Man at 5:18 PM No comments: 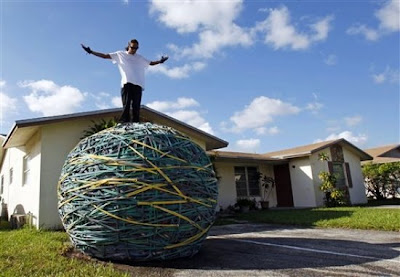 A Florida man has finally bid farewell to the world's largest rubber band ball.
Joel Waul, 28, of Luaderhill, spent five years knotting, stretching and wrapping rubber bands together to create the 1,000lb ball.
But Mr. Waul has now sold it to the Ripley's Believe It or Not Emporium, who removed it with the help of a crane and a flatbed truck.
He started on his record bid in 2004 when he saw a TV episode of Ripley's featuring the then-record holder for largest rubber band ball.
"Right then, on the spot, I started," he said.
The ball grew and grew, reaching the point where it would no longer fit inside his home when Mr. Waul moved it outside, to the drive.
It became a neighborhood icon and was clearly visible when Google came around taking photographs for its street view function. It was recognized by Guinness as the worlds biggest last year.
The rubber ball will temporarily be staying in Orlando before a more permanent home is found. It can't go into just any Ripley's because of the logistics of moving it.
"We can't roll it through the door,'' said Edward Meyer, vice president of exhibits and archives for Ripley's.
Because the ball will have to be lowered in, Ripley's has to find a place without a roof. Most likely are museums in Los Angeles or San Francisco because they are undergoing renovations.
.
Posted by The Man at 5:12 PM No comments:

Judge pleads guilty to letting air out of tire

A Maryland judge has apologized for engaging in a bit of vigilante justice when he let the air out of the tire of a courthouse employee who parked in a restricted area.
Charles County Circuit Judge Robert C. Nalley entered a guilty plea and was given a $500 fine Wednesday for tampering with a vehicle at the courthouse where he usually presides. He also said he was ashamed that he let the air out of the courthouse cleaning woman's tire and said he was "embarrassed for the community."
A visiting judge who handled the case also required Nalley to write a "heartfelt letter of apology" to Jean Washington, the woman whose tire he deflated. Nalley has been suspended from hearing criminal cases since the Aug. 10 incident. He could face sanctions from state officials.
.
Posted by The Man at 5:10 PM No comments: 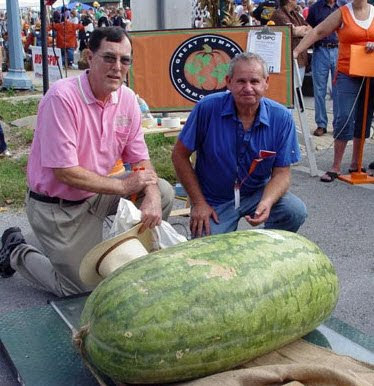 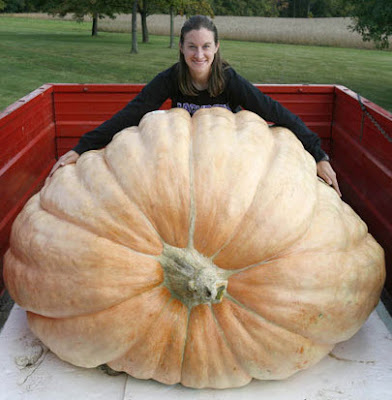 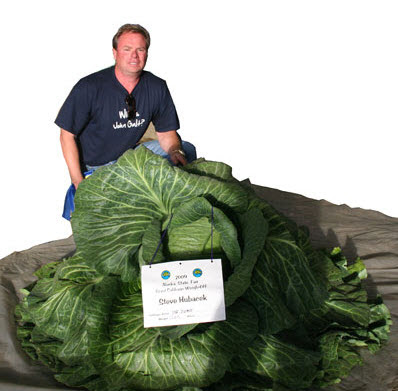