It’s all fun and games until someone puts a cat inside your monitor.
.
.
Posted by The Man at 11:49 PM No comments:

Who's the cutest in the animal kingdom? 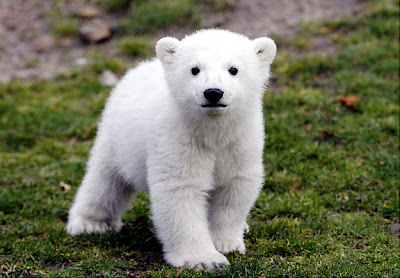 A large photo gallery for you to choose from.
.
I choosed this
Knut, the polar bear cub, made his first public appearance at the Berlin Zoo in 2007.
However he's been replaced in the cuteness department by ...
.
Posted by The Man at 4:23 PM No comments: 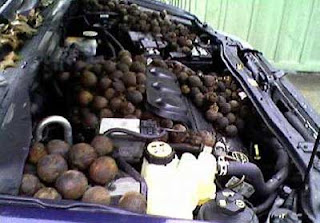 When the turn signal and windshield wipers went out on Hope Wideup's car, she didn't think much of it.
It’s a 2004 with about 60,000 miles, just about the right age and mileage for some minor problems to crop up.
Since she couldn't fix the turn signal, Wideup let the car sit unused for a couple weeks before dealing with the minor repairs.
When she went to start the vehicle, the engine made a huge revving sound.
It was at that time she looked under the hood again.
What the DeMotte resident didn't expect was what she discovered under the hood of her vehicle.
Nuts, black walnuts, and lots of them.
Now, $242 in car repairs and towing later, Wideup thinks she has figured out just how those walnuts made their way to her car.
"Apparently a chipmunk stuffed a bunch of these nuts against the accelerator throttle," Wideup said, which caused the engine revving.
.
Posted by The Man at 4:18 PM No comments:

Now you can buy pre-chewed pencils 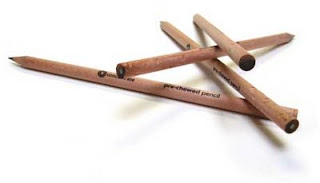 When I was younger we called it ABC (Already Been Chewed) mainly referring to gum.
.

Ronco Mister Microphone TV Spot
.
.
Posted by The Man at 4:07 PM No comments: 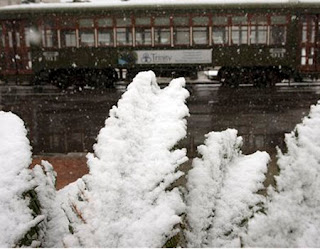 A rare snowfall blanketed south Louisiana and parts of Mississippi Thursday, closing schools, government offices and bridges, triggering crashes on major highways and leaving thousands of people without power.
Up to 8 inches of snow was reported in parts of Louisiana. Snow also covered a broad swath of Mississippi, including the Jackson area, and closed schools in more than a dozen districts.
New Orleans' last snowfall, in 2004, was a dusting. The National Weather Service said the previous date for measurable snowfall in New Orleans was Dec. 22, 1989.
.
Click here for more photos.
.
Posted by The Man at 3:59 PM No comments:

The Next Generation Police Car

Straight out of a Hollywood movie, the "E7" may be the police car of the future. 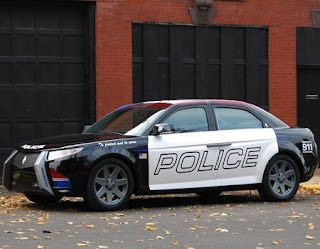 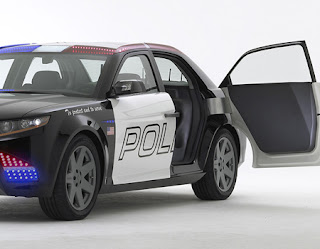 Straight out of a Hollywood movie, the "E7" may be the police car of the future.
"You think about Knight Rider and all these fictional characters," said William Santana Li, chairman and CEO of the Atlanta-based Carbon Motors Corporation. "This car is actually real."
A prototype model of the E7 is on a nine-city U.S. tour, as Carbon Motors executives market the car to law enforcement officials and municipal fleet managers.
Unlike conventional police cruisers, which are retrofitted consumer vehicles such as the Ford Crown Victoria, the E7 is the first car designed and built specifically for law enforcement.
.
Click here for video
.
Click here for more photos
.
Posted by The Man at 3:46 PM No comments: