No Problem Just Jump On 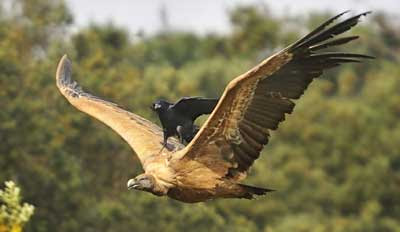 Crafty crow hitches a ride on the back of a vulture.
. 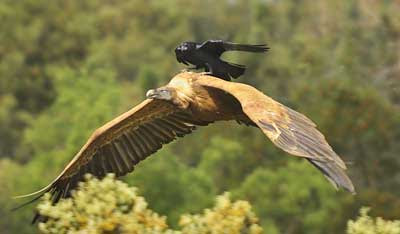 The bird found a novel way to save energy while searching for food in the skies of Soria, Spain, clinging to its fellow scavenger with its claws.
.
Posted by The Man at 10:58 AM No comments:

Triplet gives birth to her own set of triplets

A Detroit, Michigan woman who's one-third of a set of triplets is celebrating the birth of her own three babies.
Amber Ali delivered Amir, Armann and Amari Whitaker on May 26 at Sinai-Grace Hospital in Detroit. The 23-year-old woman tells The Detroit News she's relieved the boys arrived safely.
The children remain hospitalized, and Ali says she's looking forward to playing with them. She says: "It's going to be fun."
Amir was 4 pounds, 5 ounces at birth; Amari was 4 pounds, 3 ounces; and Armann was 3 pounds, 12 ounces. The babies' 25-year-old father, Andre Whitaker, says that naming the triplets "took forever."
The couple live with Whitaker's mother in Detroit. Amber Ali's triplet sisters, Asia and Ashley, live in nearby Redford Township.
. 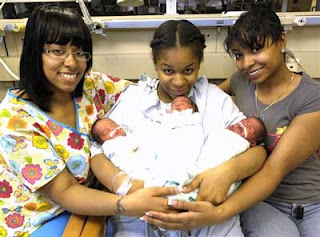 Amber Ali, center, is flanked by her triplet sisters Asia, left, and Ashley, right, as she holds her newborn triplet sons, from left: Amir, Armann, and Amari Whitaker, in the Neo-Natal Intensive Care Unit at Sinai-Grace Hospital in Detroit, Friday afternoon, May 29, 2009.
.
Posted by The Man at 10:53 AM No comments:

Train your hamster to do a obstacle course consists of 5 hurdles, a see-saw, an up-down weave, a hoop and a collapsed tunnel. Watch as this hamster goes through the whole course.
The obstacle course can be built using ice-cream sticks and non-toxic clay at the bottom to make it stand.
.
.
Posted by The Man at 10:50 AM No comments: