Why use words that most people doesn’t know? 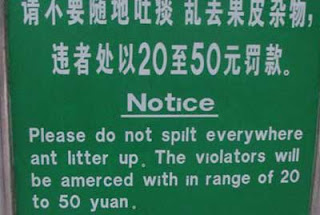 Punished by a fine imposed at the discretion of the court.
Posted by The Man at 4:40 PM No comments:

A Welsh hill has been upgraded to a mountain after three walkers found its official measurement was just too low.
Mynydd Graig Goch in Snowdonia was originally put at 1,998ft (609m), just short of the magic 2,000ft (609.6m) that qualifies as a mountain.
But the walkers found its true height is six inches over 2,000ft (609.75m).
Video and More
Posted by The Man at 4:28 PM No comments:

Getting fired for not flushing the toilet

Officials in the central Indian state of Chhattisgarh are being removed from their elected seats for not constructing flushing toilets.
Bilaspur district administration says it has sacked about 100 members for not building toilets in their homes.
Many people in India do not have access to flush toilets or other latrines. In rural India, modern toilets are often a luxury
But under new local laws, representatives are obliged to construct a flush toilet within a year of being elected. Those who fail to do so face dismissal.
Posted by The Man at 4:21 PM No comments: 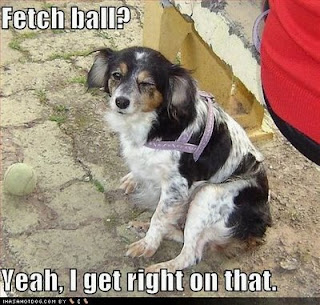 A beloved pet bulldog has been fitted with a £10,000 leg, which will help advance prosthetic techniques used to help human amputees 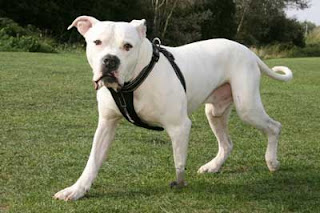 Coal, an eight-and-a-half year old hound had his left paw amputated because of cancer last year. He faced being put down because his other legs would be too weak to carry him.
But his determined owner Reg Walker, shelled out thousands of pounds to fit him with a sophisticated leg, which was designed to be compatible with Coal's own tissue. 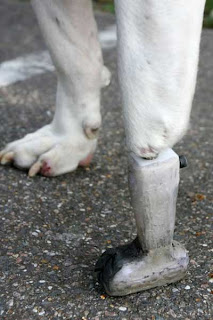 The titanium alloy used mimics animal hide, allowing the skin and the bone from above to seal the metal implant below without it being rejected by the body.
Read the rest of the story.
Posted by The Man at 4:02 PM No comments: