Elite police in France complain of being used as dog walkers 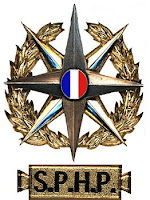 The 600 officers of the Service de Protection des Hautes Personnalités (SPHP) are selected after grueling physical and psychological tests and trained to defend politicians against terrorism. They form one of France’s most elite police units — but they are fed up with the missions assigned to them: walking the dog, buying the bread or taking the spouse shopping.

A story about a big squirrel and a baby squirrel.

Baby squirrel needs human help to get over wall
.
Posted by The Man at 10:34 AM No comments:

..
Driving is a PRIVILEGE - not a right.
When driving your car, your eyes needs to be straight ahead. Both hands needs be on the steering wheel. You need to observe speed limits. You need to yield the right of way to pedestrians/other cars. You need to STOP for stop signs and red lights. You need to pull over to the side of the road to allow emergency vehicles to past from both directions.
AND HANG UP THE CELL PHONE!!!!!!!!!!!!!
.
.
Posted by The Man at 10:14 AM 1 comment:

Of Interest to Germophobes

Germophobes will like this video citing commonplace gadgets in the home and office that are loaded with germs -- and how to clean them. 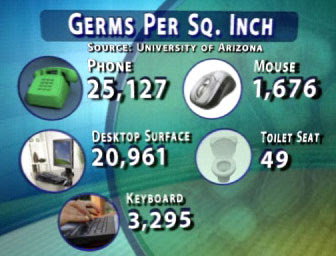 SOLUTION: Just don't use the phone!
Unless you clean them all the time.
This includes land lines and cell phones.

From a distance the large ship on the horizon looked like the perfect target, ripe for a successful spot of piracy.
But as Somali pirates sped toward the vessel sailing near the Seychelles Islands on Sunday, they were horrified to see two boats and a helicopter set off from their target and launch their own counter-attack.
They had failed to spot in the dazzling sun, that the "merchant ship" they thought they were intercepting was actually a French naval ship bristling with cannons, radar technology and armed commandos.
When the three pirate boats were spotted heading toward them the frigate Nivose, one of the ships patrolling the region as part of the European Union anti-piracy mission Atalanta, headed into the sun to camouflage its true identity before turning to confront its attackers.
When the boats were close enough, Lt. Commander Jean-Marc le Quilliec sent his commandos out on outboards, with a helicopter to provide air support.
The helicopter fired two warning shots to stop the three boats from fleeing and within minutes the 11 pirates had surrendered.
.
Posted by The Man at 10:01 AM No comments: