Couple busted for not paying tip

The gratuity was mandatory for large parties, but what if the service stinks?
Bizarre story of the week: Two restaurant patrons were arrested on a charge of theft when they refused to pay a $16 mandatory tip that was part of their bill.
College student Leslie Pope told a reporter that the service was so bad at the Bethlehem, Pa., establishment that she had to get the table’s silverware and napkins and walk to the bar to refill her soda. An hour after the group of eight ordered chicken fingers and other bar grub, the food arrived.
Tipping etiquette
The menu says an 18% tip is included in the bill for parties of six or more. The tip on their bill amounted to $16.35 (inexplicably higher than 18%).
After the $73 bill came, the group paid for food, drinks, and tax but refused to pay the tip. After explaining the bad service to the bartender in charge, Pope claimed he took their money and called police. The couple was handcuffed and placed in the back of a police car.
.
.
Posted by The Man at 1:20 PM 1 comment:

Cook County taxpayers will write a $14,022 check to a custodian who claims she twice injured her back by "reaching around to pick up a piece of toilet paper," according to county documents.
More than 1,000 county workers file workers compensation claims each year, but this one got the attention of County Commissioner Bridget Gainer, who spent 11 years in the insurance industry.
"Do I think it's excessive? I think we end up compensating employees for illnesses and injuries they bring with them to work," she said after Wednesday's meeting in which the settlement was approved.
Gainer stressed she didn't know anything about the custodian's case.
Mary Lait, the worker injured on the job in October 1997 and March 1998, remains a custodian in the sheriff's office, according to sheriff's spokesman Steve Patterson.
The state's attorney's staff defends the county in these claims. Deputy State's Attorney Pat Driscoll had no details about the Lait case.
Driscoll said anyone filing a claim must prove the injury happened in the line of duty.
.
Posted by The Man at 1:18 PM No comments: 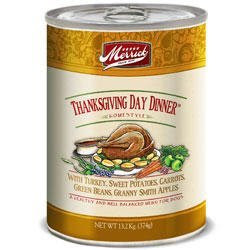 You can buy Thanksgiving Day Dinner Dog Food on Amazon.com.
.
Posted by The Man at 1:14 PM 1 comment: