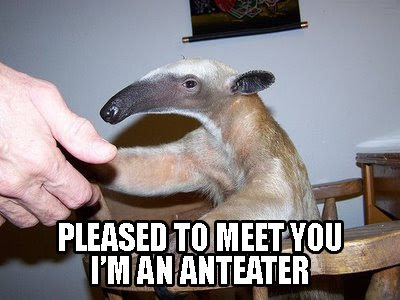 It's mine you "Big Bully" 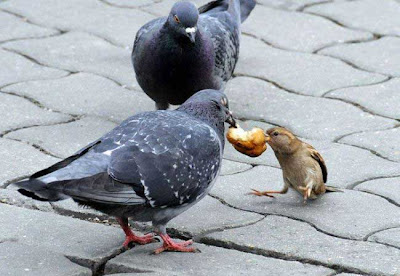 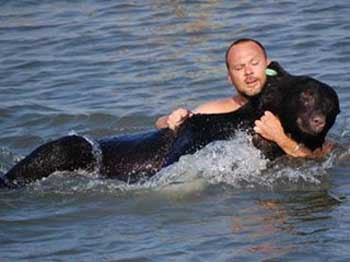 A Florida Fish and Wildlife biologist pulled off a daring rescue on Saturday in the Panhandle: He rescued a bear with his bare hands. Officials say a 375-pound male black bear was seen roaming a residential neighborhood near Alligator Point, a neighborhood of about 100 homes on a small peninsula about 40 miles south of Tallahassee.
The bear was hit with a tranquilizer dart, but he managed to bolt into the Gulf of Mexico before he was sedated. As the tranquilizer drugs took effect, biologist Adam Warwick jumped in to keep the bear from drowning because he feared the bear couldn't swim to land.
PICTURES and More