But, This Is Not In My Job Description! 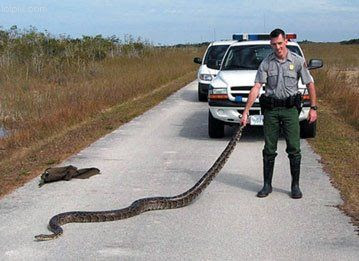 IF MY BODY WERE A CAR

If my body were a car, this is the time I would be thinking about trading it in for a newer model.

I've got bumps and dents and scratches in my finish and my paint job is getting a little dull, but that's not the worst of it.

My headlights are out of focus and it's especially hard to see things up close.

My traction is not as graceful as it once was.

I slip and slide and skid and bump into things even in the best of weather.

My whitewalls are stained with varicose veins.

It takes me hours to reach my maximum speed.

But here’s the worst of it --
Almost every time I sneeze, cough or sputter.....either my radiator leaks or my exhaust backfires!
Posted by The Man at 2:49 PM No comments:

If A Mongrel Can Do It, So Can You. 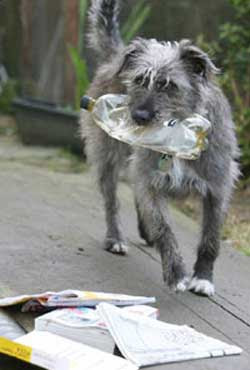 Dizzy, The Recycling Dog
Dizzy the dog is doing her bit to help save the planet by recycling the rubbish in her owner's home. Beer cans, plastic bottles, cardboard and envelopes are carried to the family's recycling shed in the garden. Dizzy, the two-year-old mongrel, even collects plastic bottles on the beach near her home in Newquay, Cornwall, and takes them to the nearest bin.
"You cannot drink a cola or beer from a can because she wants it," owner Emma Trebilcock said. "When we have barbecues we have got to ask our friends to have their drinks from glasses because she is there waiting for the cans.
She also carries our recycling bags and even tries to carry bin liners, but they are a bit too large for her, so she ends up dragging them behind her. "Sometimes we have to check our recycling bins to make sure she has not taken unopened mail out," said 23-year-old Ms Trebilcock.
Posted by The Man at 12:04 PM No comments:

Here's a giraffe running away from a dust devil.

It's True Women Don't Ever Run Out Of Something To Say 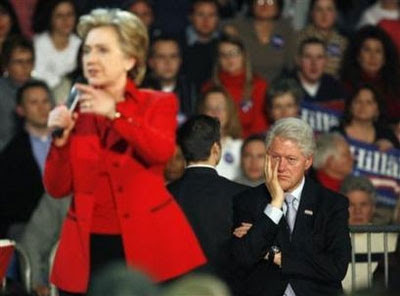 I’m getting so fat I can’t scratch my own butt anymore. 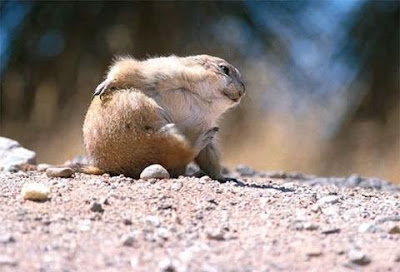 How to calibrate your mouse

Is your mouse calibrated?
You should do this at least twice a year.
More often if you spend a lot of time on computer.
To re-calibrate your mouse, click and hold on the Y below. Then drag the Y toward the g.
If it doesn’t work, you might want to clean your mouse.

Does this happens to you too? 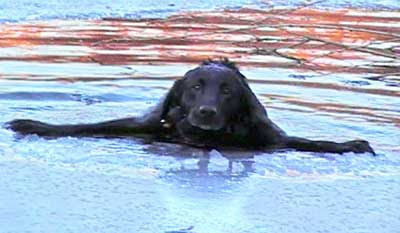 Dog rescued from icy water in dramatic fashion.
2/20/08 Porter swims well, but after having been in the icy water at Indian Rock pond Tuesday evening for more than 10 minutes, he was cold, tired, and ready to get out.
The black Labrador paddled with one paw, which kept his head above water, and used the other to try to latch onto the ice around him. He whimpered the whole time.
.
.
“The first thing I thought when I got there was that we had to get the dog out,” said Jane Trostle, an animal control officer with the Salina Animal Shelter. “You could tell he was starting to give up.“He just couldn’t get his footing, because the part that he fell in, the ice was pretty thin, but it was slick,” Trostle said. Porter’s teenage owner, Gabe Seim, was frantic. “We have to get him out of there,” Gabe said as stood on the shore.
Eventually, they did get him out, but not before Trostle and Gabe both went into the water themselves. Gabe and a friend, Jacob McBride, were walking Porter and another dog Tuesday evening when Porter broke loose, went out onto the ice and fell through.
The boys called his name and encouraged him to swim to them. “He was trying, but he couldn’t get out,” McBride said. “He ended up being there for a long time, I think.” Gabe walked out onto the ice to try to help Porter. After falling in himself, he got back to shore and called 9-1-1.
Capt. Brian Shea with the Saline County Sheriff’s Office said he and Lt. Roger Soldan heard the call as they were driving by the area. Trostle arrived shortly after.
“The boy had already fallen in once before we got there and he was still trying to get him out,” Trostle said. “My main concern was for his well-being. I have kids myself, and there is no way I would want someone else to watch them put themselves into danger to save their dog.”
First, she and Gabe walked out onto the ice and used a long tree branch try and rescue Porter, but the ice broke and both of them fell into the water. “That’s the first time I went in,” Trostle said — Gabe’s second.
Using an extension cord they borrowed from a nearby neighbor, emergency officials tried to swing it, lasso-style, around Porter’s neck. That, too, failed. As a increasingly large crowd looked on, Trostle volunteered to go back onto the ice — and even into the water, if necessary. She did, and it was. Officers tied the extension cord to Trostle and she crawled out to Porter.
As soon as she reached out to Porter, the ice cracked and she fell back in.“He came right to me, though. I think he knew I was there to help him,” Trostle said. With no small amount of difficulty, she and Porter were able to struggle back to shore. Porter immediately tried to shake himself dry. Gabe and Trostle were taken to an ambulance, which had just arrived, to be checked out.
Things could have turned out much worse, said Sue Seim, Gabe’s grandmother, who got there after Gabe was out of the water. “I was scared to death when they called me.“They are cold and wet, but they said their vitals are fine. I’m going to take (Gabe) and Porter home to warm up. They’ll be fine.” Reached by phone a couple hours after the rescue, Trostle said she, too, was fine.“I’m just glad I was able to help,” she said. She hoped her shift, which was to end at 10 p.m. Tuesday, ended more like it had started — slow.
Before the rescue, “I had been getting possums out of traps and leaving notices on people’s doors,” Trostle said. “This is the first rescue I’ve done.”
Posted by The Man at 7:31 AM No comments: