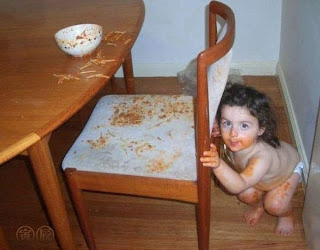 An eyelash lasts 150 days
31% of employees skip lunch entirely.
A kangaroo can only jump if its tail is touching the ground.
Every three seconds a baby is born somewhere in the world.
Julius Caesar’s autograph is worth about $2,000,000.
The average person laughs 13 times a day
There have been over fifty million Mr. Potato Heads sold since 1952.
A giraffe's heart weighs an incredible 24 pounds.
Giraffes and rats can last longer without water than camels.
96% of people put the peanut butter on first when making a peanut butter and jelly sandwich.
Cat urine glows under a black-light.
Each king in a deck of playing cards represents a great king from history: Spades = David ; Clubs = Alexander the Great ; Hearts = Charlemagne ; Diamonds = Caesar
Monkeys only smile when they are scared.
Americans are responsible for about 1/5 of the world's garbage annually. On average, that's 3 pounds a day per person.
The most popular first name in the world is Muhammad
The name of all the continents end with the same letter that they start with.
If you keep a Goldfish in the dark room, it will eventually turn white.
Posted by The Man at 6:36 PM No comments:

A heroic cat who gives vital support to her disabled owner has won a top gong at this year's feline Oscars. Two-year-old Speedy, from Aldeburgh, scooped the prize in the hero cat category for the "amazing relationship" as well as being named rescue cat of the year at a charity's awards ceremony yesterday. As well as being a loving family pet, Speedy provides constant companionship and vital support for her owner, Christine Payne, 19, who suffers with a range of conditions including progressive spinal ataxia, epilepsy and severe learning difficulties.
NEWS VIDEO and More
Posted by The Man at 2:17 PM No comments:

He’s going to feel that for days 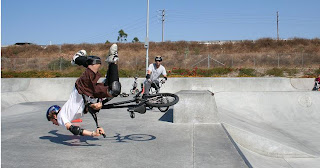 Watch out for People with Strange Hair 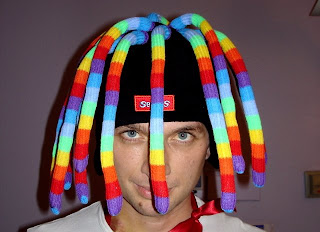 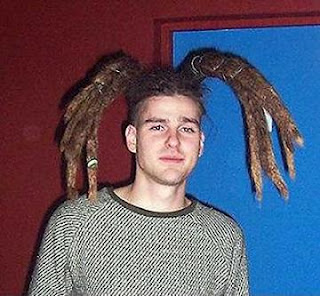 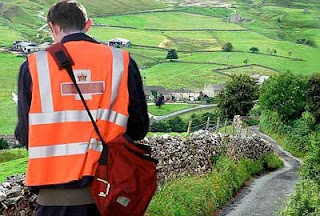 Village's postal deliveries stops because it's on a hill.
Delivering the mail to a hamlet has turned out be an uphill struggle...
Postal bosses have decided the road is "too steep" and are cancelling the service - to the fury of villagers.
Residents of 11 homes in "BOOZE", in the Yorkshire Dales, face a 30- mile round trip to Richmond to collect post.
Royal Mail acted because a health and safety report said the route was too dangerous.