The "P" must mean police 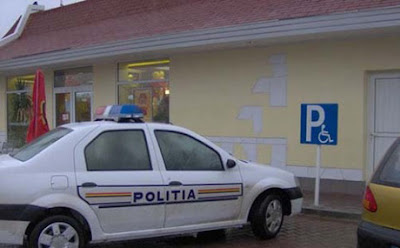 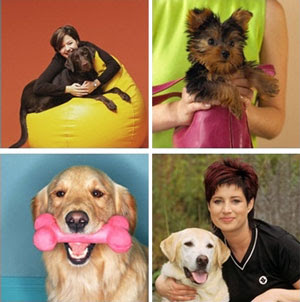 No time for a pet? Then rent one.
A California company has begun offering FlexPetz, a new service for dog-lovers who just don't have the time to care for a pet, or the space.
The "shared dog" service is available in Los Angeles and San Diego. Its founder hopes to open new locations in San Francisco next month, New York in September and London by the end of the year. Hanging out with man's best friend has a price. The annual fee runs about 100 dollars a year. FlexPetz customers then make a monthly payment of about 50 dollars. The FlexPetz founder says only dogs with social temperaments are picked for the program. The current ten-dog crew includes Afghan hounds, Labrador retrievers and Boston terriers.
Posted by The Man at 9:52 AM No comments: 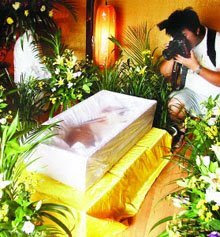 A funeral home in the southwestern Chinese city of Chengdu recently received a big contract -- preparing a 100,680-yuan (US$13,310) funeral -- for a deceased dog.
On Sunday [July 22] before the two-day funeral began, Lin, the dog's owner in his late seventies, signed his name on the agreement which details every expense of the amount, the local West China City Daily reported.
According to the contract, Lin will pay 4,000 yuan each day for renting the funeral space and another 4,000 yuan for workers. On Monday, a luxury Cadillac will take the dog to its final resting place -- rental of the car will cost 10,000 yuan.
A senior staff member of the funeral home was quoted in the report as saying that at first they refused to arrange such a luxurious funeral for a dog, but were later moved by Lin's story.
The report says that the retired professor met the stray dog three months ago when he came to live in Chengdu alone from the northeastern city of Dalian. Lin suffers from high blood pressure and is a frequent visitor to the hospital. His children are all busy with their work, and the widower's only companion was the dog.
The lavish pet funeral inevitably raised eyebrows among locals, many of whom complained it was unnecessary.
However, Lin told the reporter that the dog, which died of an unknown disease, was a sympathetic and loyal friend, and that all he is trying to do is express his great grief over its passing. 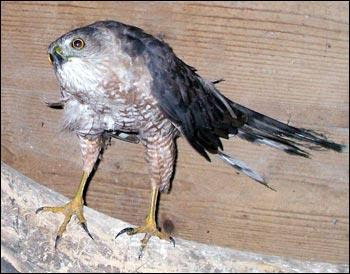 CEDAR FALLS --- A hawk is expected to make a full recovery after completing a wild RAGBRAI ride of its own. Denise Warns, an animal control officer, helped rescue the hawk from the grill of a Winnebago recreational vehicle Wednesday on the University of Northern Iowa campus. The Winnebago rolled into town from Hampton as part of a caravan of RAGBRAI (Ragbrai is a 5-day bicycle ride across Iowa for the past 35-years http://www.ragbrai.org/) support vehicles. Those driving the RV said they likely hit the hawk somewhere near Dumont."When I got the call I didn't expect the end result to be very good. They told me he was still alive, but I didn't expect him to be in very good shape," she said. "He wasn't a very happy bird. He was very scared and using his talons to grab a hold of me. It's a hawk and they aren't used to being that close to humans.
"After removing the bird from the grill Warns turned it over to Terese Evans, who heads up the Black Hawk Wildlife Rehabilitation Project. The raptor, which was determined to likely be a female Cooper's hawk, was examined by veterinarian Lori Cherney and said to be in pretty good health."Lori said there was no major injury, other than some bruising and maybe a couple broken feathers," said Linda Nebbe, a Black Hawk Wildlife Rehabilitation Project rehabilitator. The bird is staying with Nebbe until it can be released back into the wild. Nebbe said it could be anywhere from a two days to two months before the bird is ready to be released."Yesterday she sat quite stunned, but she isn't stunned at all today. She doesn't want me in her flight cage at all," Nebbe said. "She is especially anxious to get going." Nebbe and Warns both said this rescue ranks up there in terms of one to remember. "It's a pretty good story and it feels like it could have a good ending," Nebbe said. 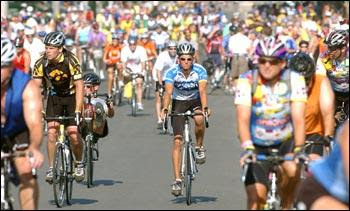