.
Whales Blowing Bubble Rings
Japanese Beluga whales that have been trained to blow bubble rings.
Posted by The Man at 3:41 PM No comments:

CHAPEL HILL, N.C. — A retired Virginia school teacher and librarian who died two years ago left more than $2 million to split between the universities she attended, the schools announced Tuesday.
Jane Iris Crutchfield's estate will donate $1.1 million each to the School of Information and Library Science at the University of North Carolina at Chapel Hill and the Curry School of Education at the University of Virginia.
Crutchfield earned her bachelor's degree from the former Mary Washington College in Frederickburg, Va., then her master's degree at U.Va. in 1952 and the equivalent of a master's degree at UNC in 1955.
She taught for the Virginia Public Schools system for almost two decades before becoming a school librarian in 1960. She never married or had children.
Friends said they didn't realize how much money she had saved until they began disbursing her estate after she died in 2006 at the age of 92.
"I had no idea," said Mary Kay Lanzillotta, Crutchfield's longtime neighbor, guardian and co-trustee. "It was only after her passing that we looked through her estate and realized, 'Wow, this is going to be a significant contribution."
Posted by The Man at 8:35 AM No comments: 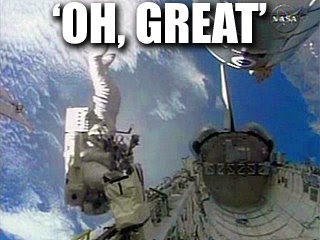 Spacewalking astronaut lets go of her tool bag and watches it float away. 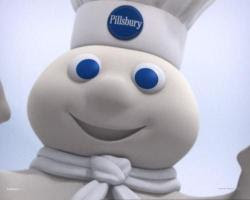 Please join me in remembering a great icon of the entertainment community. The Pillsbury Doughboy died yesterday of a yeast infection and trauma complications from repeated pokes in the belly. He was 81. Doughboy was buried in a lightly greased coffin. Dozens of celebrities turned out to pay their respects, including Mrs. Butterworth, Hungry Jack, the California Raisins, Betty Crocker, the Hostess Twinkies, and Captain Crunch. The grave site was piled high with flours.
Aunt Jemima delivered the eulogy and lovingly described Doughboy as a man who never knew how much he was kneaded. Doughboy rose quickly in show business, but his later life was filled with turnovers. He was not considered a very smart cookie, wasting much of his dough on half-baked schemes. Despite being a little flaky at times, he still was a crusty old man and was considered a positive roll model for millions.
Doughboy is survived by his wife Play Dough, three children: John Dough, Jane Dough and Dosey Dough, plus they had one in the oven. He is also survived by his elderly father, Pop Tart.
The funeral was held at 3:50 for about 20 minutes.
Posted by The Man at 8:26 AM No comments:

Did you know?
2.5 billion people do not have somewhere safe, private or hygienic to go to the toilet. 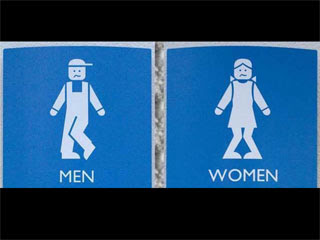 One gram of feces can contain 10 million viruses, one million bacteria, 1,000 parasite cysts and 100 parasite eggs. The simple act of washing hands with soap and water after going to the toilet can reduce diarrhoeal diseases by over 40%. Safe disposal of children's feces leads to a reduction of nearly 40% in childhood diarrhea.
November 19 is World Toilet Day – a day to celebrate the humble, yet vitally important, toilet and to raise awareness of the global sanitation crisis. WaterAid is working hard to change this, using simple and low cost solutions, and there are many easy and fun ways you can get involved.
.
Posted by The Man at 8:08 AM No comments: