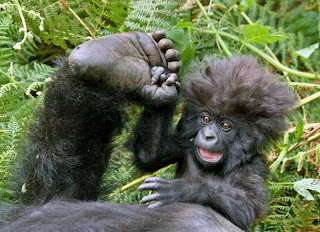 RC CAR VS KITTENS
Posted by The Man at 9:22 AM No comments:

The things people keep in their car trunks
A 13ft trampoline, hundreds of bags of mints and a stag's skull complete with antlers are just some of the items people keep in cars, a government survey reveals.
Many motorists use their cars as mobile wardrobes, with men almost as likely as women to store shoes or clothes in their car trunks. One woman from north- west England built up clutter in her car over two years, with items including a kettle, a sandwich-maker and two vacuum cleaners. Another car owner, a 25-year-old marketing executive, had unopened Christmas presents from two years earlier in her vehicle.
The Department for Transport survey showed that 10% of those polled could not remember the last time they cleared the clutter from their car. Main reasons for women having a clear-out were to give their vehicle a spring clean, while men were motivated by saving money by reducing their fuel consumption through lighter loads.
If all motorists adopted smarter driving techniques it would save 5.5 million tonnes of CO2 every year.
.
Man Catches a Thief and.....
Police: we are too busy to help a shopkeeper who rang 999 four times
When a customer was spotted apparently stealing from his shop, Mark Ward knew the drill - apprehend the suspect, call the police and wait for help to arrive.
But after a two-hour wait in which he made a total of four 999 calls, the locksmith had no option but to bundle the man into his van and hand him over personally at the local police station.
During the increasingly desperate calls, Mr Ward was told that officers were too busy to respond and was furious to be advised at one stage: "You can let him go if you like."
Locksmith Mark Ward was forced to drive a suspected shoplifter to a police station himself when officers failed to respond to four 999 calls.
Posted by The Man at 9:11 AM No comments: