What Nature and Man has Made

The pattern created in a Swedish forest by logging tracks and trees downed by Hurricane Gudrunin January 2005. 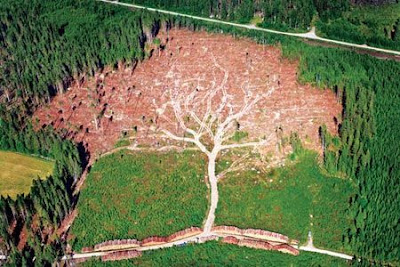 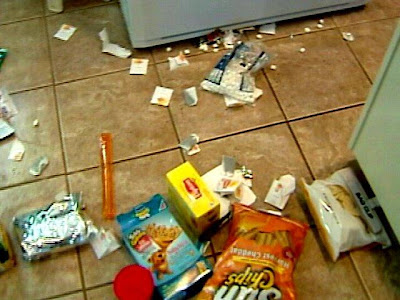 Two young brothers from Anderson, South Carolina caused an uproar in Anderson Friday morning when they wandered away from their home and into a neighbor’s home.
Neighbors and public safety officers launched an intense search after John and Matthew Farrar disappeared from their home.
The boy’s mother called to report the 2- and 3-year-olds missing at about 9:45 a.m.
About 100 city and county emergency workers scrambled into the neighborhood to search for the boys. Little did they know that the toddlers were next door in the home of a sleeping neighbor, playing out their own version of Goldilocks gone bad.
Angie Lovorn was sound asleep on the other side of the house after working a third shift and said she had no idea the boys were in her house.
"I would have right away looked through my house if I’d known they were missing," Lovorn said.
But she didn’t know. And while she slept, the toddlers ransacked her cupboards, munching on Teddy Grahams, marshmallows and chips.
Lovorn finally awoke and saw the emergency workers outside her home at about the same time searchers spotted the boys coming out her back door.
One of the brothers was wearing a Clemson University football helmet that belongs to Lovorn’s son.
"They even got on the top bunk," Lovorn said. "These items -- stuffed animals -- were on the top bunk."
From the looks of the house, the boys enjoyed their visit.
"They played for a while, I think," Lovorn said.
The wandering toddlers are the youngest of four brothers in their family.
.
Posted by The Man at 1:43 PM No comments: 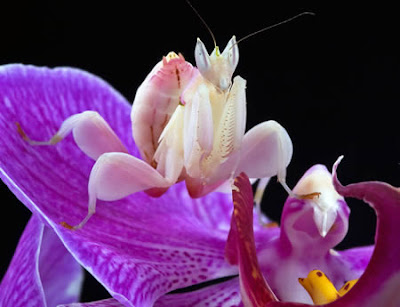 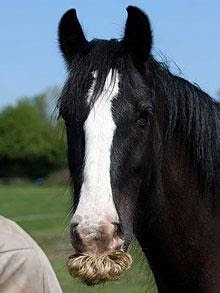 A horse which has grown a curly, golden moustache is refusing to let grooms shave it off.
Alfie, a 10-year-old Shire-cross, is said to flee if he thinks he is in danger of getting even a trim.
The horse also refuses to let staff at the stables in Bitton, Gloucestershire, into his stall there for fear that they will remove his whiskers.
The moustache may look somewhat incongruous given its fair color compared to his black and white coloring and well-meaning staff thought he would rather be without it.
However Alfie clearly enjoys the look and groom Justine Greenslade said all efforts to clip it had been in vain.
"He's obviously rather proud of his facial hair," she said.
"He runs a mile if he thinks we're going to trim it."
.
Posted by The Man at 10:35 AM No comments: