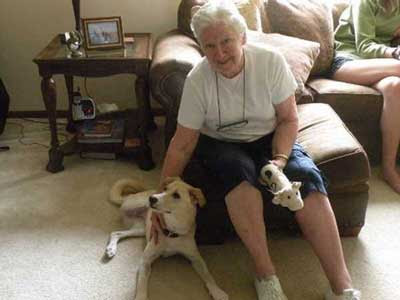 Yelping, jumping, squirming and showing amazing agility despite having only three legs, Laia, a 9-month-old puppy rescued from Iraq, now runs freely outside her Brighton home. She is a survivor.
Laia survived a war, a broken leg, the death of her owner, a risky convoy across Iraq, and an amputation and wound up in the home of Jerry and Colleen Deaven of Brighton.
She is just a mutt, but her story spans the globe. It is the story of a guy and his dog. Maj. Steven Hutchison fell in love with the puppy, but at age 60 became the oldest Army soldier to die during this war.
It is the story of a woman, Terri Crisp, who has made 23 trips to Iraq, trying to save the pets of U.S. soldiers.
It is the story of a grieving mother, Peggy Loving of Romulus, who found a moment of solace when she met Hutchison's beloved dog. When she left Laia, Loving was in tears because holding the puppy felt to her like holding her son.
It is the story of adoption. The Deaven family home has a massive yard, where Laia can run free, and plenty of love. 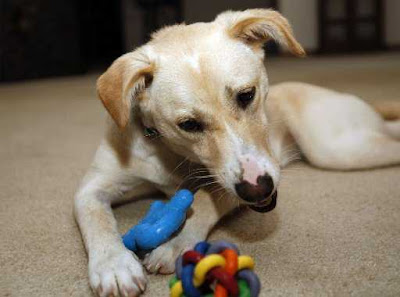