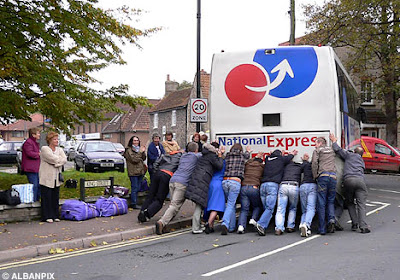 26th October 2007
A group of bus passengers got a bit of exercise on their journey - when they had to get out and push their National Express coach.
The driver asked his 25 passengers for help after the 11.15am coach from Heathrow to Norwich broke down at a road junction in Mildenhall, Suffolk.
Ten of them answered his plea and used all their strength to push the 14 ton coach around 200 yards to a nearby bus depot on Wednesday afternoon. 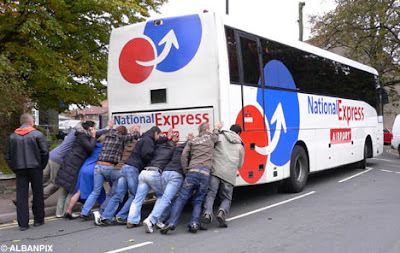 Street Dentists
Read the rest of this entry » 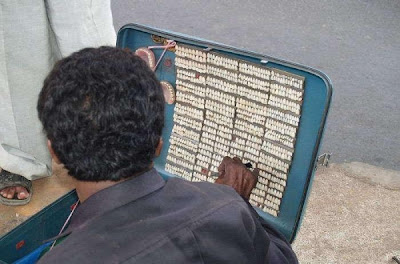 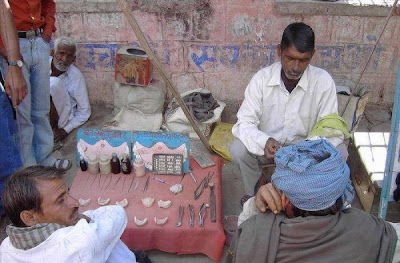 How does a woman of that size pull off a leg split? 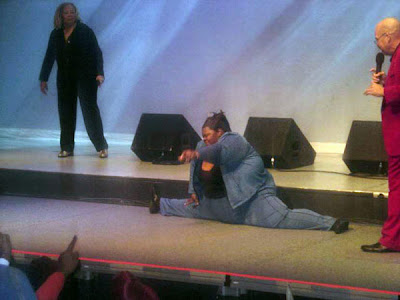 The real question is, can she get back up?

Some people at an office were having a going away party the other day for a woman that is leaving. One of the supervisors called a Wal-Mart and ordered the cake. He told them to write: “Best wishes Suzanne” and underneath that write “we will miss you”.
Here’s the cake that was delivered: 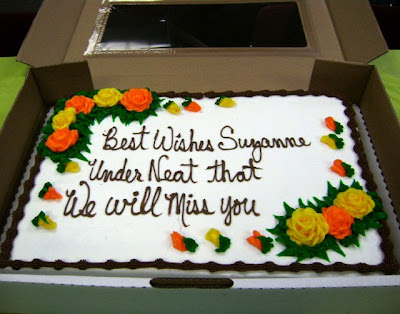 They didn’t even spell "underneath" correctly.

How many farm animals can you fit into a Fiat Uno?

In a bizarre case of overloading, two policemen in northern KwaZulu-Natal in South Africa impounded a blue Fiat Uno on Thursday which was being used to transport two cows and two goats.
Police spokesperson Captain Jabulani Mdletshe said two off-duty policemen were informed by residents of the Phelindaba area near Emanguzi in northern KwaZulu-Natal that they had seen a man loading a cow into the small vehicle.
By the time the two officers arrived, the driver had loaded his vehicle and attempted to speed away. Realizing that he was not losing the police, he stopped his car and fled into the bushes.
The police officers discovered that the Fiat Uno had not one unwilling passenger, but four - two cows and two goats.
Posted by The Man at 2:24 PM No comments:

I Won't Let My Daddy Die

I won't let Daddy die: Girl of six raises £4,000 for life-saving drugs the NHS won't provide
Faced with the prospect of losing her father to cancer, Chantelle Hill reacted a little differently to the average six-year-old.
Instead of letting the grown-ups deal with it, she decided to save him herself 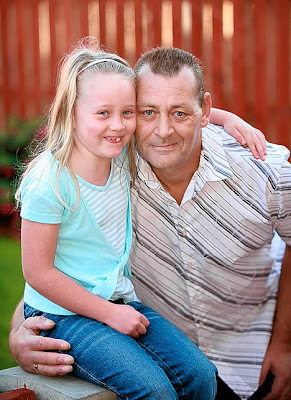 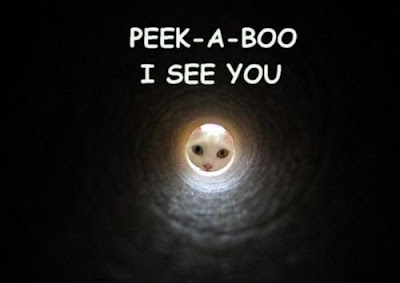 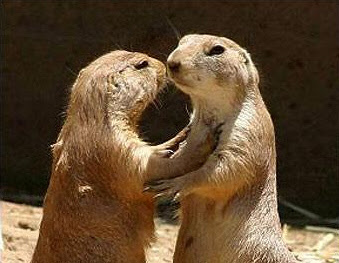 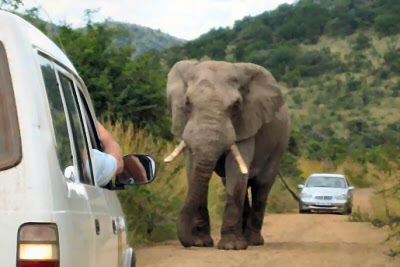 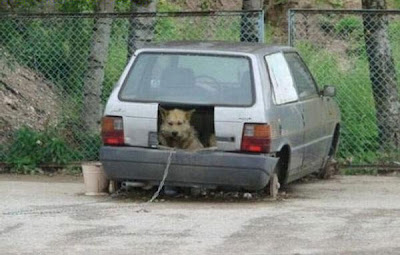 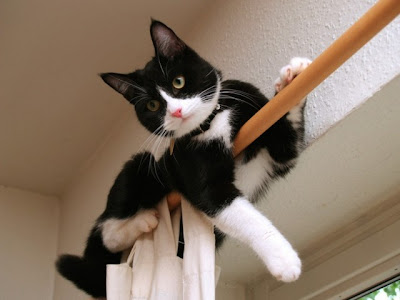 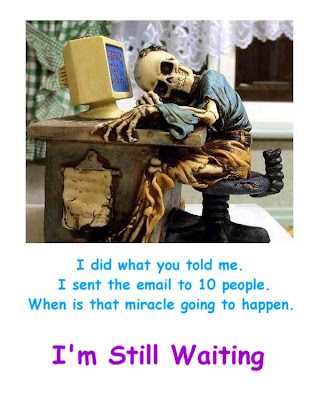 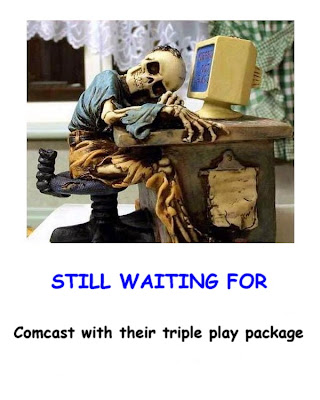