Chipmunk filling up its cheeks with nuts

Bank pays staff to take three to five years off 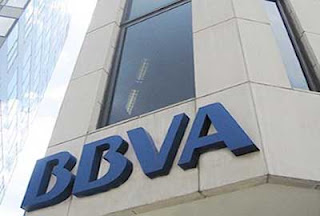 BBVA, a leading Spanish bank, is allowing staff to take five years paid leave, in an effort to cut costs during the recession.
Employees of BBVA, Spain's second biggest bank, are being offered 30 per cent of their usual salary in return for staying away from work for between three and five years.
Anyone signing up to the scheme is guaranteed a job when their extended leave comes to an end. They will also have their health care costs covered for the length of their sabbatical.
The offer is targeted at long-term employees of the company who have "personal or professional projects" they wish to undertake during their time off.
Juan Ignacio Apoita, BBVA's head of human resources, told the Financial Times: "We're looking at offering alternatives to people. It's obvious as well that it has an impact on costs."
Other options open to the bank's 30,000 Spanish employees include a shorter working week on reduced pay, or time off arrangements to allow staff to look after relatives or go back in to education.
Although Spanish banks have escaped the worst of the global downturn because of tight regulation, they have found it difficult to impose redundancies because staff are entitled to large payoffs under domestic labor laws.
In Britain, manufacturing workers at firms including Jaguar Land Rover have agreed to accept four-day-weeks and temporary factory shutdowns in an attempt to minimize job cuts and keep their employers afloat.
.
Posted by The Man at 9:04 AM No comments: 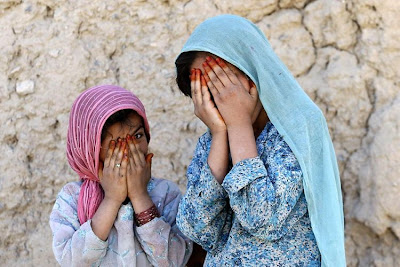 Curious koala surprises tourists by climbing into their bed

Three tourists received an amusing surprise when they discovered a koala bear wandering around their beachside holiday home on a tropical island off far north eastern Australia, trying out different beds to sleep in. The curious marsupial had become confused after climbing down from a nearby tree and clambering onto the wooden veranda, looking for a place to rest his head. The Australian women,aged in their 40s, had traveled to Magnetic Island, off the coast of Townsville, from their home in Victoria, southern Australia, for a weekend break and had just entered their holiday home when they discovered their surprise visitor on Friday afternoon.

It wandered around the balcony before climbing on to a bed covered with a rather garish blue and pink floral duvet, where the koala settled in for a while. The women called the ranger at the nearby Bungalow Bay Koala Village — a local backpacker resort which doubles as a wildlife park — to find out what to do. "They called and said, ‘this is not a prank but there’s a koala who just walked into our house and is sleeping on our bed’," Bungalow Bay ranger Clifford Harman said. "I couldn’t believe it, I’ve seen them in the wild and I’ve heard them climbing into cars and stuff, but not on a bed." Mr Harman, 23, a backpacker from Canada who is volunteering at Bungalow Bay in exchange for free accommodation and work as a koala tour guide, called the local government parks and wildlife officers who came to rescue the animal. "They came and took him away to set him free in the wild up at one of the spots where lots of the koalas live," Mr Harman said.
.
Posted by The Man at 8:55 AM No comments:

And the cat wins again