Have you ever wonder?

I WONDER HOW THAT WAS MADE? 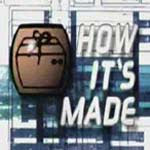 Romaine lettuce
Not all lettuce is created equal, but if you start your meal with a salad made of romaine lettuce you will be sure to add not only a variety of textures and flavors to your meal but an enormous amount of nutritional value. Most of the domestic U.S. harvest of romaine lettuce and other salad greens comes from California and is available throughout the year.
http://whfoods.org/genpage.php?tname=foodspice&dbid=61
Posted by The Man at 6:51 AM No comments: 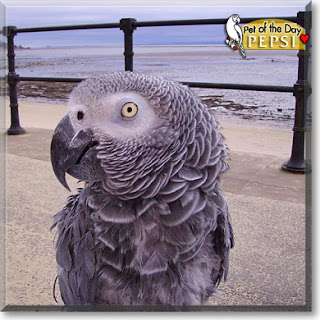 This is Pepsi J Parrot. Pepsi is so special, she is a plucker (that's why her feathers look a bit uneven), but a healthy bird, she is so pretty. She is daddy's parrot, just such a daddy's girl!. Here she's on a trip to the beach. You can tell her feathers are ruffling in the breeze, too. She is so affectionate, it's amazing, especially as she's a rescue grey. I have had her for five years now.

I don't know how to describe her so people will understand how special she is. She can whistle for hours. She enjoys her food. She eats anything, and I mean anything she can get her beak on! She is just my baby. That's all that matters.

She is my wee baby, so precious, and so pretty. That's all that matters to me.

Here is one pair of twin brothers that few will have any difficulty telling apart.

For although Byron and Lincoln Ryman were born within a minute of each other, firstborn Byron - at 3lb 6oz a small baby himself - was precisely three times bigger than his sibling. 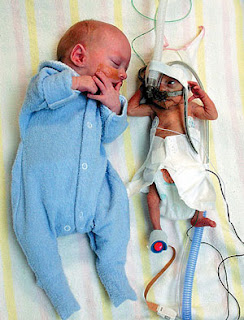 Eleven weeks premature, both boys were given a slim chance of survival - particularly Lincoln, weighing only 1lb 2oz at birth.

The pair, now just over five weeks old are doing well, thanks to the dedicated staff at the Royal Hospital for Women in Sydney.

Lincoln has gained 10oz, while Byron has added 2lb 8oz.

http://www.dailymail.co.uk/pages/live/articles/health/healthmain.html?in_article_id=452163&in_page_id=1774
Posted by The Man at 6:29 AM No comments:

Who drank the orange soda?
Not me.

Don't have enough time in your day

You need to move to Mercury

A solar day on Mercury from sunrise to sunset lasts approximately six Earth months.
Posted by The Man at 4:19 AM No comments: 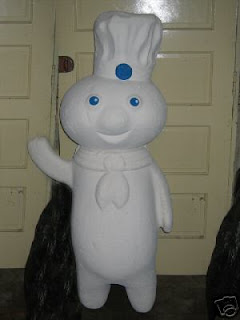 Date: Thursday May 3, 2007
It is with the saddest heart that we must pass on the following:
Please join us in remembering a great icon of the entertainment community.
The Pillsbury Doughboy died yesterday of a yeast infection and complications from repeated pokes in the belly. He was 71. Doughboy was buried in a lightly greased coffin. Dozens of celebrities turned out to pay their respects, including Mrs. Buttersworth, Hungry Jack, the California Raisins, Betty Crocker, Hostess Twinkies, and Captain Crunch. The gravesite was piled high with flours. Aunt Jemima delivered the eulogy and lovingly described Doughboy as a man who never knew how much he was kneaded. Doughboy rose quickly in show business, but his later life was filled with turnovers. He was not considered a very “smart cookie” wasting much of his dough on half-baked schemes. Despite being a little flaky at times he still, was a crusty old man, was considered a roll model for millions.
Doughboy is survived by his wife, Play Dough; two children, John Dough and Jane Dough; plus they had one in the oven. His dad, Pop Tart preceded his death
The funeral was held at 3:50 for about 20 minutes.
Posted by The Man at 4:09 AM No comments: