At a high school in Montana a group of students played a prank on the school.
They let three goats loose in the school.
Before they let them go they painted numbers on the sides of the goats: 1, 2 and 4.
Local school officials spent most of the day looking for #3.
.
Posted by The Man at 8:30 AM No comments: 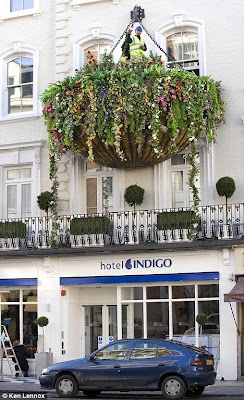 .
.
Weighing in at more than a quarter of a ton, the world's largest hanging basket is certainly going to require a lot of watering.
The giant eye-catching floral spectacular measures 20ft by 10ft and took a massive EIGHT hours to winch into position.
It contains over 100 different varieties of plants and flowers and has become the focal point of the £125-a-night Hotel Indigo
The giant basket measures 20ft by 10ft and took engineers eight hours to winch into position over the Hotel Indigo.
The creation, which has been wittily dubbed 'The Hanging Gardens of Paddington', was erected to mark the opening of the plush hotel and took designers, engineers and gardeners over three weeks to create.
Among the wide range of floral offerings on display are orchids, rose, daisies, ferns and conifers.
Posted by The Man at 8:24 AM No comments: 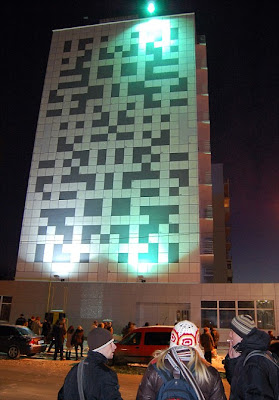 .
.
.
As night falls, puzzler enthusiasts gather outside a residential block in Ukraine in an attempt to decipher the world largest crossword.
But unlike your newspaper variety, this puzzle is more than 100ft high and fills the entire external wall of a tall building in the historic city of Lvov.
Clues to the massive puzzle, which is 19 squares across and 34 squares high, have been scattered around the city's major landmarks and attractions including parks, fountains, and theaters.
People gather outside the residential block in Ukraine to try and crack the world's largest crossword
Posted by The Man at 8:20 AM No comments:

A 14-year-old aspiring police officer donned a uniform, walked into a Chicago police station and managed to get an assignment — patrolling in a squad car for five hours before he was detected, police said Sunday.
The boy did not have a gun, never issued any tickets and didn't drive the squad car, Deputy Superintendent Daniel Dugan said.
Assistant Superintendent James Jackson said the ruse was discovered only after the boy's patrol with an actual officer ended Saturday. Officers noticed his uniform lacked a star that is part of the regulation uniform.
Police said they were investigating how the deception went undetected for so long in what they described as a serious security breach.
Police didn't identify the boy because of his age. He has been charged as a juvenile with impersonating an officer.
.
Posted by The Man at 6:55 AM No comments:

Google's rumored "GDrive," a service that would enable users to access their PCs from any Internet connection, could kill off the desktop computer.
The GDrive, unconfirmed by Google, is reported to launch this year, with tech news sites calling it the "most anticipated Google product so far."
The Google drive would shift away from Microsoft Window's operating system, in favor of "cloud computing," where storage and processing is done in data centers. Users would no longer have to rely on their computers' powerful hard drives.
Home and businesses have been turning toward web-based services, such as e-mail — including popular services Hotmail and Gmail — and photo storage, such as Flickr and Picasa. Users would no longer have to worry about their hard drives crashing, since data would be saved on the Web, and can be accessed from any machine.
With the GDrive, a PC would be a device acting as a portal to the Web, enabling users to think of their computer as software rather than hardware.
Google refused to confirm the GDrive, but acknowledged the growing demand for cloud computing.
.
Posted by The Man at 6:53 AM No comments:

Labels: Computers, In the News, Technology 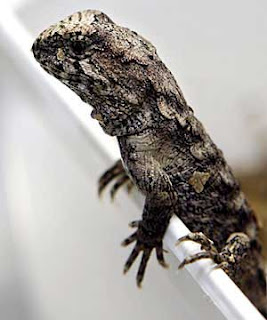 Henry, the famous 111-year-old tuatara from Invercargill in New Zealand, has finally become a dad. Nine of 11 eggs laid by his lover Mildred hatched at the Southland Museum at the weekend, with the remaining two due last night.
The baby tuatara, whose ancestors go back 220 million years, were all running around and doing well, chuffed museum tuatara curator Lindsay Hazley said.
Henry, a resident at the Southland Museum and Art Gallery since 1970, hit the world headlines in March when he finally proved to be a dad at age 111. Mildred subsequently laid 12 eggs, with 11 surviving.
Henry had been uninterested for the entire time he had been in captivity. He had been well-known for his aggression and for 15 years was kept in solitary confinement because he did not get on with other tuatara. But after a cancer growth was removed from his bottom he finally got in the mood.
Mr Hazley said he was "over the moon" that Henry had finally become a father. "After 36 years of looking after Henry I was chuffed about the mating, then the eggs hatched and now, after nurturing them for 223 days, we have got the results."
.
Posted by The Man at 6:47 AM No comments: 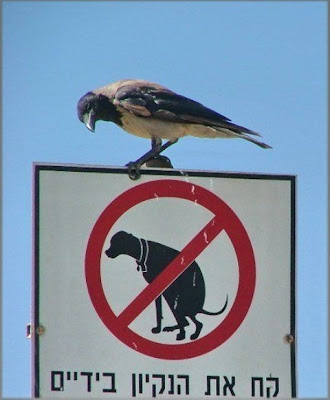