You do have a choice, make sure it's the right choice 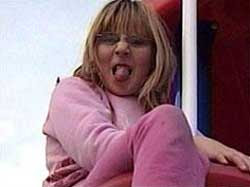 A young Nebraska girl is battling an extremely rare eating disorder.
Mackenzie Sisson is just like any other eleven year old, only she's addicted to metal."She can see a staple lying on the floor in a classroom, in the carpet. She can find metals in the rocks that you can never see," explained Mackenzie's mother Patricia.
After five years of searching for answers, the Monroe-Myer Institute in Omaha diagnosed her with pica, an extremely rare eating disorder. Mackenzie also has Tourette's Syndrome.
There's a news video here.
Posted by The Man at 9:54 AM No comments:

GREENWOOD VILLAGE, Colo. ― Police collected 17 boxes filled with Social Security numbers and other personal information from a trash container behind an office building in Colorado on Sunday.
Jeff Smith, a former victim of identity theft himself, found the boxes in Greenwood Village, Colo., and called CBS station KCNC-TV in Denver to complain.
"Came over here to throw some trash, noticed all the files in there, thought that was kind of awkward, so I pulled the files out and they were all legal cases," said Smith. After looking over the documents, they appeared to be from the office of W. Dan Mahoney, an attorney who works in the building. Mahoney admitted throwing them in the trash."I apologize to my clients whose files I discarded in the private business dumpster," he said in a statement. "I did not anticipate someone trespassing through the dumpster before it was to be dumped Monday morning."
Mahoney said he will shred the information in the future and normally does. He said he was cleaning out old files before moving.
"If there was a chain of evidence that would show who did, it, I think there could be a good possibility of litigation," said Bob Pence, a retired FBI agent.
Posted by The Man at 8:51 AM No comments:

Catch Us If You Can

WEST HAVEN, Utah (AP) - McDonald's? The burger joint? Stampede! Eight cows escaped from a trailer when the rear gate opened as the driver pulled into a McDonald's. It took about two hours to round them up Monday.
"Maybe they were going to ... hop in the freezer, save the middleman," Weber County sheriff's Sgt. Dave Creager said.
Lt. Kevin Burns had another theory: "They didn't like their future."
The roundup was called "Operation Hamburger Helper." A nearby resident even hopped on his horse.
"I thought my eyes were lying," said Wayne Sanders, who was at a truck stop next door. "I don't know where they came from, but I'd say they'd have to weigh 800 pounds apiece and they were on a pretty good trot."

DAVENPORT, Iowa (AP) -- Who wants a pig in a blanket?
Two stray pot-bellied pigs stirred up a commotion Wednesday morning while on the run from two animal control officers, two police officers and even a couple of utility company workers who joined the 35-minute chase.

"They're tough," she said. "They have no necks, so you really can't get a collar on them."

After a few unsuccessful dives, the pigs were caught as workers at various businesses stuck their heads out in disbelief. Some had cameras.

"They dart in and out of cars, and somebody could get hit," Messmer said. "That's why you have to catch 'em. Poor little buggers."

The pigs will be sent to an animal shelter, Messmer said. She presumed they were pets from someone living in the area.

"They're like dogs," she said. "They tend to go back to familiar places."
Posted by The Man at 8:48 AM No comments:

A cat named Oreo is being credited for nipping a carbon monoxide leak in the bud.
Jeanie Probst said her cat began to act strangely since she began using her heater in the past couple of weeks. "He came out here yelling," Probst said.
Oreo would run in circles under the vent or jump onto the back of a chair, stare at the register and make loud noises, she said."It was one of those scary meows", Probst said.
Once the heat would go off, Oreo would act normal again.
Probst said she and her boyfriend began to realize they were getting headaches and feeling tired. They called MidAmerican Energy, which discovered the furnace was pumping carbon monoxide into their Cedar Rapids, Iowa apartment, and a technician fixed it.
Posted by The Man at 8:14 AM No comments: 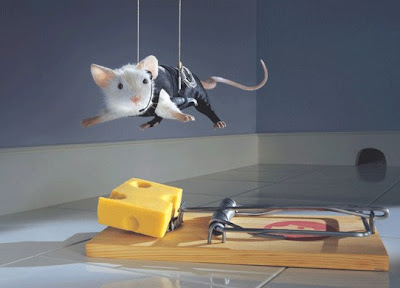 The U.S. Agriculture Department said a total of 12.65 million households were "food insecure," or 10.9 percent of U.S. homes, up from 12.59 million a year ago.
The USDA defines food insecurity - it’s metric for measuring hunger - as having difficulty acquiring enough food for the household throughout the year.
"It looks very stable from this year to last year," said Mark Nord, who co-authored the annual report for USDA's Economic Research Service.
Overall, 35.52 million people, including 12.63 million children, went hungry compared with 35.13 million in 2005. The survey was conducted in December 2006 and represented 294 million people, an increase of 2.5 million from 2005.
Food advocacy groups said the figures showed the United States was not doing enough to combat hunger, and feared conditions could worsen.
"As costs for food, energy, and housing continue to rise and wages stagnate or decline, households are finding themselves increasingly strapped," said Jim Weill, president of the Food Research and Action Center. "This may mean even worse numbers in 2007."
Very low food security was most prevalent in households with children headed by a single woman -- 10.3 percent in 2006, USDA said.
Food stamps and other public nutrition programs account for about 60 percent of the USDA's spending. Funding for the department's 15 nutrition assistance programs has risen 70 percent since 2001 to $59 billion in 2006 and 20 percent of all Americans are impacted by the programs each year.
Some 27 million people are enrolled in the food stamp program alone, which helps poor Americans buy food. USDA has estimated 65 percent of eligible people participate in the program, up from 54 percent in 2001
Posted by The Man at 8:06 AM No comments: