Inhaled chocolate: A whiff of luxury 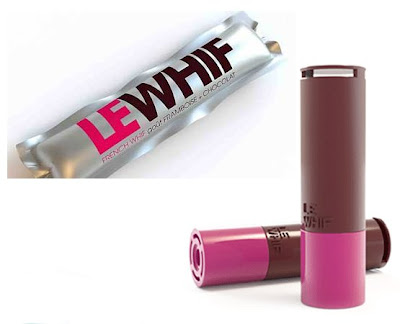 It had to happen eventually. Someone—a Harvard professor and Illinois Institute of Technology graduate—has developed inhalable chocolate.
The product, called Le Whif, will make its debut in the United States at next month's All Candy Expo, a huge confection-industry gathering at McCormick Place. Its inventor, David Edwards, who helped develop inhalable insulin and is working on an inhalable TB vaccination, threw out the idea of breathable food while teaching an engineering sciences class at Harvard several years ago.
Along with several students, Edwards developed a modified inhaler and settled on using chocolate particles that are 80 to 300 microns—too big to enter the lungs and trigger coughing, he said. The device coats the user's mouth with the taste of chocolate—at less than 1 calorie.
Chocoholics will be able to purchase 24 "whiff" bundles online at the end of the month for about $50, Edwards said. Each "whiff" contains four puffs.
.
Posted by The Man at 11:54 AM No comments:

Music video for the song Cat Flushing A Toilet.

New Yorker Robert Shapiro takes his African Spurred Tortoise 'Speed Bump' for a walk.
.
.
Posted by The Man at 10:38 AM No comments:

"You Got To Have Pep"