Stars Who Left Their Hit Shows Too Soon

Wayne Rogers
When Wayne Rogers signed up for "M*A*S*H" he thought he was going to take over the juicy part created by Elliott Gould in the feature film version. But instead, he became Hawkeye Pierce's sidekick. He wasn't pleased. To add insult to injury, producers put a morals clause in his contract that stated that they could fire him if they didn't like his off-screen behavior. As a result, Wayne quit the show and was sued for breach of contract. The only problem? He never signed the contract to begin with. Wayne later expressed regret for leaving the show when he did, saying if he knew how long the series would last he would have sucked it up, shut his mouth, and stuck around.
.
Gabe Kaplan
At the end of Season 3 of "Welcome Back, Kotter" everyone expected that John Travolta would leave the show — he was the break-out star and had a hit movie with "Saturday Night Fever." No one expected that Gabe Kaplan, aka Mr. Kotter, would decide to split too. After all, he was the title character, and he'd created the series based on his own childhood friends. But creative differences with producer James Komack were more than Gabe could take, so he decided to pack it in and go back to stand-up comedy. He made only a handful of appearances in the fourth and final season of the series and has barely been seen on TV or in movies since. But don't cry for Mr. Koh-ter; he's now a professional poker player whose tournament winnings total over $1.3 million as of 2008.
.
Courtney Thorne-Smith
Like Delta Burke, Courtney Thorne-Smith asked to get out of her "Ally McBeal" contract at the end of the third season because of weight issues. But Courtney's problem was that she was getting too thin. Trying to keep up with waiflike costars Calista Flockhart and Portia de Rossi meant that Thorne was dieting too much, working out too hard, and pushing herself to exhaustion. So she chose health (and husband) over stardom, and left the show at its peak. She and her next costar, Jim Belushi, were much less competitive about their weight on "According to Jim."
.
Chevy Chase
In perhaps the lamest-ever reason for leaving a hit show, Chevy Chase quit "Saturday Night Live" at the beginning of the second season for a girl who lived in Los Angeles. Jacqueline Carlin did marry Chevy (she was his second wife), but they divorced four years later. "SNL" celebrates its 34th anniversary this year. You do the math.
.
Posted by The Man at 8:07 AM 1 comment:

Must Keep My Hair Dry 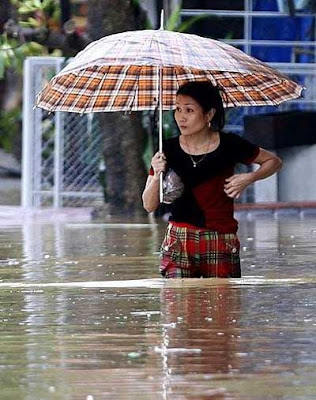