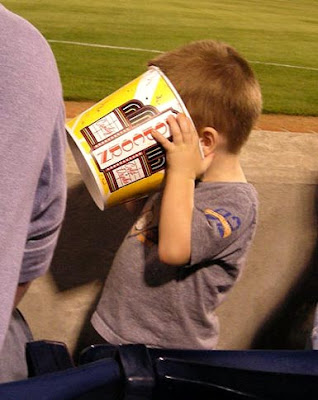 You Got A Paperclip 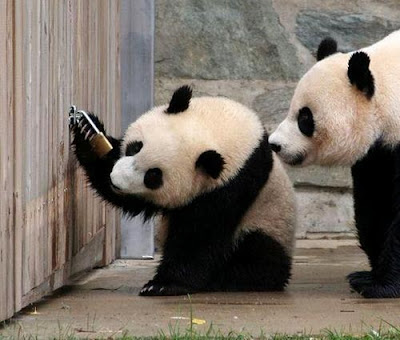 Experts Warns Internet Is Running Out of Bandwidth

Internet users face regular "brownouts" that will freeze their computers as capacity runs out in cyberspace, according to research to be published later this year.
Experts predict that consumer demand, already growing at 60 percent a year, will start to exceed supply as early as 2010 because of more people working online and the soaring popularity of bandwidth-hungry Web sites such as YouTube and services such as the BBC's iPlayer.
It will initially lead to computers being disrupted and going offline for several minutes at a time. Beginning in 2012, however, PCs and laptops are likely to operate at a much reduced speed, rendering the Internet an "unreliable toy."
When Sir Tim Berners-Lee, the British scientist, wrote the code that transformed a private computer network into the World Wide Web in 1991, the Internet appeared to be a limitless resource.
However, a report being compiled by Nemertes Research, a respected American think-tank, will warn that the Web has reached a critical point and that even the recession has failed to stave off impending problems.
.
Posted by The Man at 11:23 AM 2 comments:

"How does this happen?" 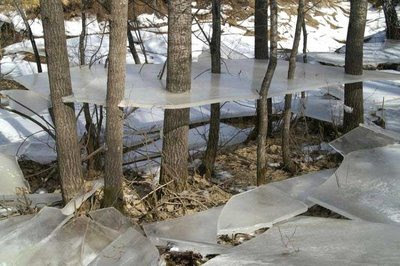 I'm thinking some combination of flooding, followed by freezing temperatures cold enough to freeze the top of the flood water, and then the flood water draining away quickly to leave a sheet of ice suspended by the trees.
.
Posted by The Man at 11:20 AM 1 comment: 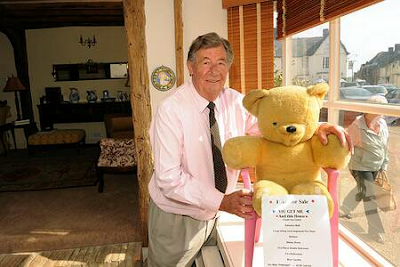 The nation's most expensive Teddy bear has gone on sale in Suffolk - with a price tag of half a million pounds.
But the buyer of the cuddly toy will also get the bear's home - a beamed cottage in Lavenham - one of the country's most picturesque medieval villages.
The three-foot bear - which belonged to homeowner Walt McKinlay's daughter - is now in the window of the property with a "buy me" sign.
Mr McKinlay, 73, a retired butcher and farmer, said: "It is time for me to move on so I decided that Teddy might help me sell the house. I have already had a lot of interest after property hunters saw him in the window.
"He was originally given to my late wife by her parents and then our daughter Sadie had him but she is 44 now."
The new owner will have to pay £495,000 for the Teddy bear and the 17th century property in the village's ancient market square.
The former public house, now called Christmas Cottage, has also been a tea room and book shop and has two bedrooms and a small rear garden.
Lavenham, described by one architectural expert as the finest surviving medieval village in England, boasts more than 300 listed Grade I and 2 buildings and its streets of lime-washed timbered homes attract more than a third of a million visitors every year.
.
Posted by The Man at 11:16 AM No comments: