Pizza employees was told to work in the cold

Employees of a pizza delivery shop say the owners have cut off the heat in the store. And they say if the workers don’t like it, they can leave.
Dan Baxter, who works at the Pizza Time in Lacey, says he was suspended for two weeks after talking to KING 5 about this. He expects to be fired and is looking for other employment.
"When it’s really, really cold, like when it’s 19 (degrees) outside, it will be 25 in the store," said Baxter.
So what about using the ovens to heat the place?
"The ovens create a little bit of heat, but the exhaust fans pull it all out," said Baxter.
Baxter says the employees were once allowed to keep the heat around 55 degrees, but one night, they forgot to shut the furnace off after work.
That was the end of the heat at the store.
VIDEO
Posted by The Man at 8:15 PM No comments: 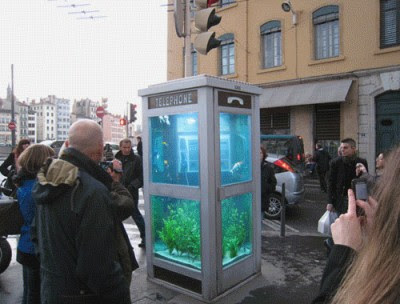 This is very cool. An ordinary phone booth was transformed into an aquarium by artists Benoit Deseille and Benedetto Bufalino as part of the Lyon Light Festival in France.
As the designers stated:
"With the advent of the mobile telephone, telephone booths lie unused. We rediscover this glass cage transformed into an aquarium, full of exotically colored fish; an invitation to escape and travel."
Aquarium Phonebooth (PICS)
Posted by The Man at 8:03 PM No comments: 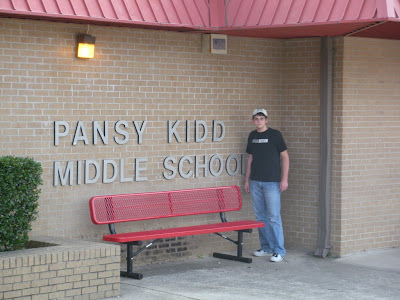