'Loose lion' turns out to be dog 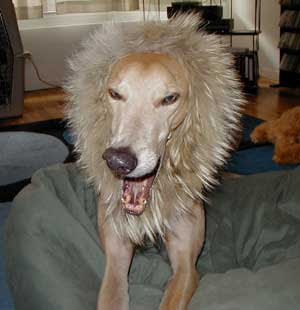 A police operation launched following reports that a lion was loose in north Belfast has been called off after the animal turned out to be a stray dog.
A police helicopter had been used to search the area on Sunday night after officers received a number of reports.
Witnesses had said they had seen a sandy-colored lion or large non-domestic animal in the Upper Hightown end of Cavehill Park.
Belfast Zoo had confirmed that all of its animals were accounted for.

Jerry with a roll of T P