That's the End of the Road Guy's 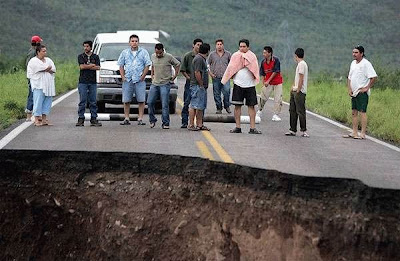 Everything is "BIG" in Texas Including Spider Webs

Scientists Debate Massive Spider Web Blanketing 200 Yards of Texas Park
August 31, 2007
WILLS POINT, Texas Entomologists are debating the origin and rarity of a sprawling spider web that blankets several trees, shrubs and the ground along a 200-yard stretch of trail in a North Texas park.
Officials at Lake Tawakoni State Park say the massive mosquito trap is a big attraction for some visitors, while others won't go anywhere near it.
"At first, it was so white it looked like fairyland," said Donna Garde, superintendent of the park about 45 miles east of Dallas. "Now it's filled with so many mosquitoes that it's turned a little brown. There are times you can literally hear the screech of millions of mosquitoes caught in those webs."
Spider experts say the web may have been constructed by social cobweb spiders, which work together, or could be the result of a mass dispersal in which the arachnids spin webs to spread out from one another.

How Many Do You Count? 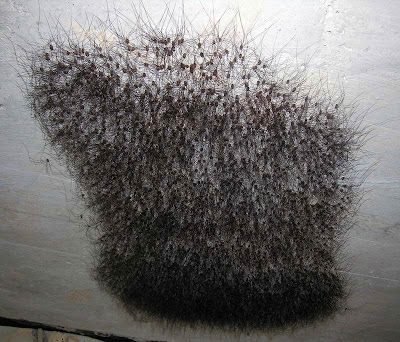