US Airways sends elderly Tampa-bound woman to Puerto Rico
We just hope US Airways has a better sense of direction when it's actually flying.
Because if someone in the company can confuse Tampa and Puerto Rico, we're in trouble.
Here's the story.
Wheelchair-bound Elfriede Kuemmel was on her way back home to Tampa when a US Airways employee wheeled her on to the wrong connecting flight.
The 83-year-old wound up in Puerto Rico.
They made nice, though. The company put Elfriede up in a hotel, paid for her dinner, and flew her back to Tampa first class.
Hope she enjoyed the trip.
Posted by The Man at 8:40 AM No comments:

Labels: Not Using Their Brain, Oops

She calls herself a teacher. 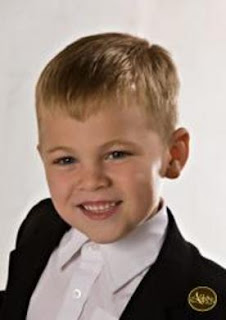 Well, not anymore.
The St. Lucie County School Board voted unanimously to suspend an elementary school teacher without pay for one year after she let kindergarteners vote on whether 5-year-old Alex Barton could remain in class.
Alex, in the process of being diagnosed with Asperger’s syndrome, a form of autism, had left the class twice that day for discipline referrals to the principal’s office.
The teacher brought Alex to the front of the classroom and asked students to tell him how his behavior affected them.
After classmates talked, the teacher asked the class to vote on whether Alex should stay in the class.
Alex lost the vote, 14 to 2.
Maybe the teacher is watching too many reality shows.
We suggest she star in one: Survival: The Meanest Teacher in Florida.
What do you think?
Posted by The Man at 8:35 AM No comments:

Labels: In the News, Kids, Not Right

The worst day of their lives so far for these young ladies.

.
They are finding out at a young age that not everything goes the way you want it.
.
Posted by The Man at 8:31 AM No comments: 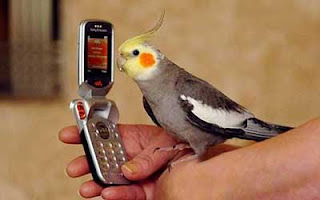 A missing cockatiel is now safe and sound at home after confirming its own name in a phone call to its owner.
Accountant Sue Hill, who found the bird in Wrexham, was put in touch with a possible owner by a local vet.
When she called the number she let the bird listen to the voice at the other end of the phone - at which point it chirped its own name: "Smokey."
Mrs Hill said it was the first time the bird had spoken, which convinced her she had found its owner.
Smokey the grey cockatiel went missing for two days after flying out of the door of David and Carole Edwards' home in Wrexham.
Mrs Hill, who lives about two miles (3.2km) away, spotted him in a tree and he flew down to perch on her shoulder.
She said: "I didn't really know what to do, so I just carried on walking. One man walked past with his dog and said, 'Why don't you get a dog like everyone else?'
"I must have looked really silly.
"I took him home because I didn't think he would survive, and it was a Sunday so there was nobody I could really contact.
"But the following morning I rang the local vet and amazingly, they had been contacted by someone that morning."
The vet passed on a telephone number for the Edwards', and Mrs Hill set out to prove they were the real owners.
Posted by The Man at 7:38 AM No comments: