From the May 1995 issue of Outside magazine:
GRAND CANYON:
* Was this man made?
* Do you light it up at night?
* Is the mule train air conditioned?
* So where are the faces of the presidents?

EVERGLADES NATIONAL PARK:
* Are the alligators real?
* Are the baby alligators for sale?
* Where are all the rides?
* What time does the 2 o’clock bus leave?

MESA VERDE NATIONAL PARK:
* Did people build this, or did Indians?
* Why did they build the ruins so close to the road?
* Do you know of any undiscovered ruins?
* What did they worship in the kivas - their own made up religion?
* Why did the Indians decide to live in Colorado?

CARLSBAD CAVERNS NATIONAL PARK:
* How much of the cave is underground?
* So what’s in the unexplored part of the cave?
* So what is this - just a hole in the ground?

YOSEMITE NATIONAL PARK:
* Where are the cages for the animals?
* What time of year do they turn on Yosemite Falls?
* What happened to the other half of Half Dome?

YELLOWSTONE NATIONAL PARK:
* Does Old Faithful erupt at night?
* How do you turn it on?
* When does the guy who turns it on get to sleep?
* We had no trouble finding the park entrance but where are the exits?

DENALI NATIONAL PARK:
* What’s so wonderful about Wonder Lake?
* How much does Mount McKinley weigh?
* What time do you feed the bears?
* How often do you mow the tundra?
Posted by The Man at 5:26 PM No comments:

Has Anyone Told You?

Click Here
Virtual Therapy for your Soul
Posted by The Man at 5:17 PM No comments:

We Didn't Start The Fire

Excellent Presentation
This is really neat, but make sure you put it on full screen so you can see the words

THIS IS WAY TOO COOL!!!
Whether you are a Billy Joel fan or not, you probably remember his great song, "We Didn't Start The Fire." Here it is, set to pictures... very, very cool.

Sit back and enjoy a review of 50 years of history in less than 3 minutes! Thanks to Billy Joel and some guy from the University of Chicago with a lot of spare time and Google.


The older you are, the more pictures you will recognize. But it's great at any age.
Posted by The Man at 3:30 PM No comments: 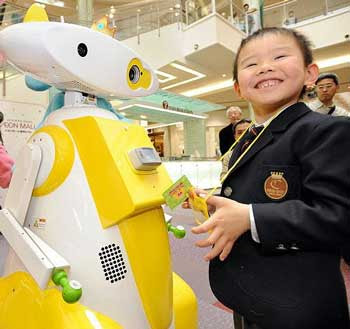 Garfield on the oil crisis 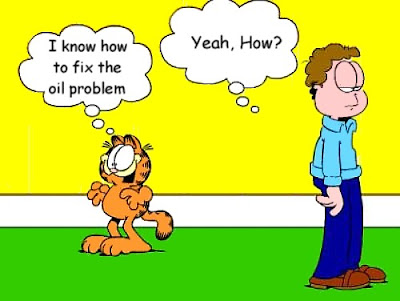 A lot of folks can't understand how we came to have an oil shortage here in our country.
~~~
Well, there's a very simple answer.
~~~
Nobody bothered to check the oil.
~~~
We just didn't know we were getting low.
~~~
The reason for that is purely geographical
~~~
Our OIL is located in
~~~
ALASKA
~~~
California
~~~
Coastal Florida
~~~
Coastal Louisiana
~~~
Kansas
~~~
Oklahoma
~~~
Pennsylvania and Texas
~~~
But, our DIPSTICKS are located in Washington, DC!!!