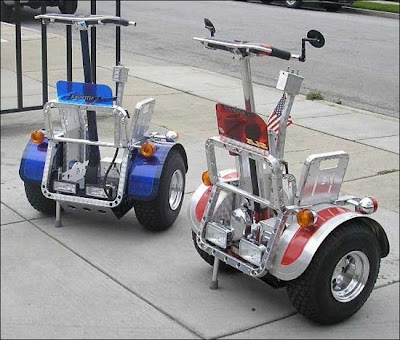 But Fun I Guess I never had the opportunity yet. 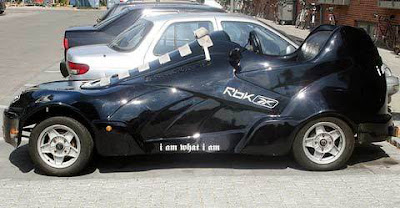 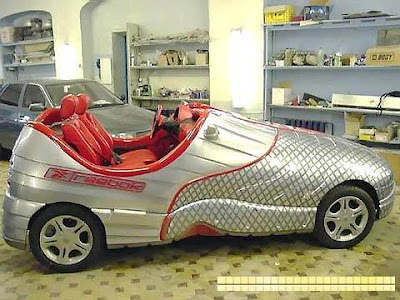 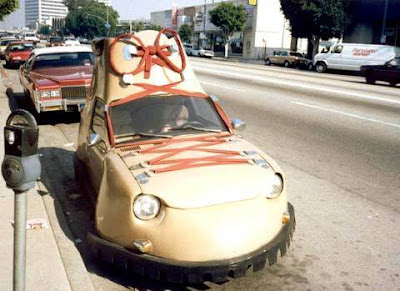 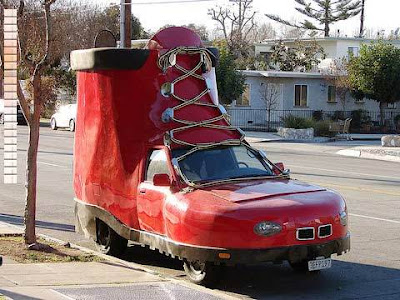 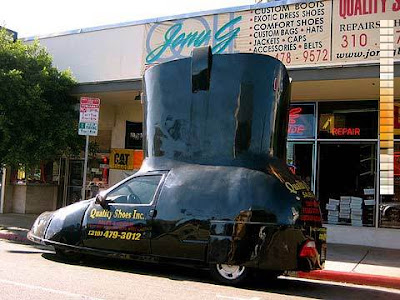 By Renato Castello, Sue Hewitt and Andrea Burns
November 11, 2007
Article from: Sunday Herald Sun
SANTAS working in shopping centers across Australia have been banned from bellowing "ho ho ho" because it might frighten children.
Recruitment firm Westaff, which supplies hundreds of Santa’s around the country, yesterday confirmed the edict. Westaff national operations manager Glen Jansz said the company's Santa’s had been urged to tone down their use of the "ho, ho, ho" phrase. "The reason behind that is we find that in some cases the little kids can get a little bit scared of the deep 'ho, ho, ho’s and we ask them to be mindful of keeping their voices to a lower level," he said. "And kids are probably more inclined to understand 'ha, ha, ha', than 'ho, ho, ho'." Thirty trainees at a recent Santa course were instructed to replace the traditional Christmas greeting with "ha, ha, ha". A Santa veteran of 11 years told the Sunday Herald Sun the instructions were clear: "No 'ho ho ho'.""We were told to say 'ha ha ha Merry Christmas'," he said. Two Santa hopefuls reportedly left the course after the edict. Family Council of Victoria spokesman Bill Muehlenberg described the ban as "nonsensical". "Potentially any big guy in a red suit with a white beard is scary but I don't think him saying 'ho ho ho' would damage a child's psyche. "Let's just concentrate on the kids having a good time." A survey of Melbourne children yesterday found universal support for Santa's "ho ho ho". "It's silly, we love hearing Santa's laugh," said Briony, 8, of Mitcham. "It doesn't frighten me at all. It's what Santa is supposed to say," said Byron, 9, of Melton. Yesterday in the Bourke St Mall, Santa’s appeared to be ignoring orders to stop the 'ho ho hos'. David Jones's bellowed to a delighted group of children and rival Myer's Santa also kept up the jolly tradition.

Labels: Holiday, In the News, Pictures

Vets; Where would we be without them? 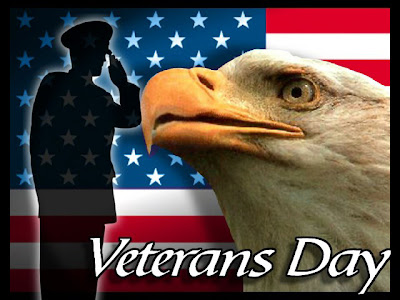 .
.
.
..
America's Veterans
They are being Honored at Vietnam Memorial Wall 25 Years Later 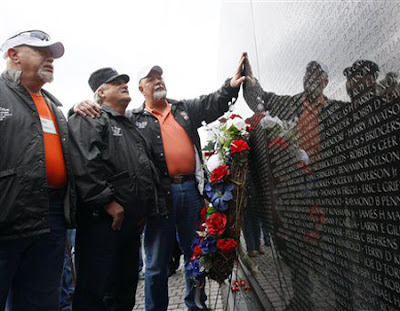 WASHINGTON — They are lined up like footnotes to the names etched on the Vietnam Veterans Memorial's polished black granite, leaning against its base, some a collective tribute to the fallen, others bearing a message for just one of the dead.
Posted by The Man at 1:44 PM No comments:

Labels: Family, In the News, Pictures

“Only Jesus can save me” 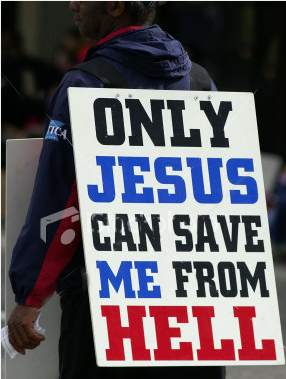 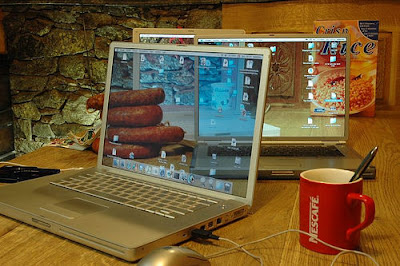 Love of tights puts Basset hound on vet's operating table.
A hungry puppy has surprised his owners, and a vet, by swallowing a whole pair of tights (pantyhose).
Parnsip, the seven-month-old Basset hound, was taken to the vets with digestion problems and the tights were discovered during surgery.
Owner, Katie Phillips and her son Bailey Jones, 6, from Telford in Shropshire, said Parsnip would chew on anything, including handbags and shoes. 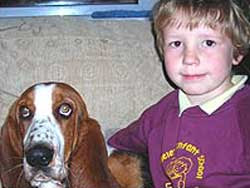 Vet Barry Jacobs said the tights were found whole without a tear on them.
"They were entire and were not torn at all," he said.
"He ate a friend's pair of shoes the other day," Katie added. With news video.
Posted by The Man at 9:52 AM No comments: 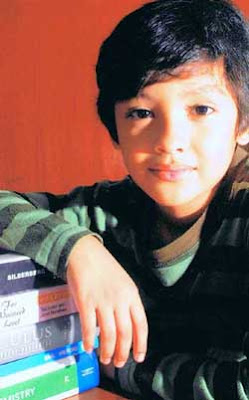 The parents of a seven-year-old science prodigy have begun a world-wide search for a university place for their child. With the warning that "a great mind could be lost” if he is not offered the chance to pursue his studies at degree level.
Ainan Celeste Cawley, the son of a British father and a Singaporean mother, passed his O-level chemistry in Singapore at the age of 6 and is studying for an A level in the same subject.
The case of the child genius, whose parents claim that he could walk at six months and construct complex sentences by his first birthday, has provoked both curiosity and concern. Experts believe that the lack of a normal childhood can do irreparable long-term psychological damage More here.
Posted by The Man at 9:45 AM No comments: