Donations flood in to honest cabbie
Hundreds of Argentinians have been donating money to a taxi driver who found more than £20,000 in cash in his cab and returned it to its owners.
The donations started after a website was set up calling for gestures of gratitude for his "extraordinary act of honesty", reports the BBC.
So far the equivalent of nearly £10,000 has been donated, according to the site.
Santiago Gori, a taxi driver in the coastal city of La Plata, found £21,600 in a bag in the back of his taxi after driving an elderly couple a short distance.
A few days later he managed to locate his passengers again and he returned the bag. For Argentines used to corruption at all levels of society, this was an extraordinary story.
Two young advertising agency employees decided to set up a website to thank Mr Gori further for his exemplary behavior.
.
Ex-midwife, 90, helps deliver great granddaughter
A 90-year-old former midwife helped deliver her own great granddaughter.
When Maggie Jones received a phone call saying her granddaughter had gone into labour, she was happy to provide moral support.
The last thing the she expected was that her decades-old professional experience was about to be put to the test once more, reports the Daily Mail.
But she was left with no choice by the speed of events and ended up helping deliver Kathy Shah's baby Carys on the living room floor.
Mrs Jones, who worked as a midwife in the Second World War and had not delivered a baby for 50 years, said: "I thought to myself, 'Maggie, it's time to wash your hands and don your overalls', and I just jumped right in to help in whatever way I could.
"Thankfully we didn't have any problems and I was just thrilled to be able to welcome little Carys into the world."
Mrs Shah already has 19-month-old son Dylan with her husband Keval, a banker. They had planned a home birth for their second child.
But she went into labour so quickly it was too late to call the midwife, so Mrs Shah told her husband to call her grandmother, who lives next door to them in Malmesbury, Wiltshire.
Mrs Jones rushed round and just 40 minutes later she was cradling Carys, who was born weighing 7lb 7oz.
Mrs Shah, 32, said: "We're so lucky that my gran lives next door - she was totally amazing and just so calm. I don't know what we would have done without her."
.
Centenarian's Birthday
A 100-year-old woman has just discovered that she has been marking her birthday on the wrong day all of her life.
Great-great-grandmother Emily Donoghue, of Llantarnam, near Cwmbran in Wales, had always insisted she was born on 3 May, reports the BBC.
But when her son John had to produce a birth certificate so she could receive a telegram from the Queen he discovered she was actually born two days later.
"I think she must have been celebrating on the third all her life," he said. To mark her 100th birthday her family celebrated on both days.
They took her out for tea on the third and then two days later a party was held in her honour at the Mayflower residential home, where she has lived for the last five years.
Mr Donoghue, 78, said: "We had to produce a birth certificate to inform the Queen so my mother would get a telegram.
"When we looked on there it was, 5 May, and she's been celebrating on 3 May.
"We couldn't make it out because she'd insisted it was the third and we took her word for it. Nobody bothered to look for the birth certificate until we had to send it off."
.
Posted by The Man at 6:48 PM No comments: 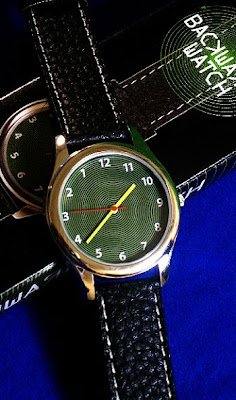 Jack Russells Who Love To Horse Around 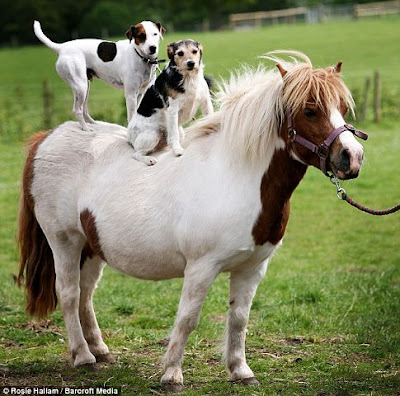 It's a Happy Happy Day 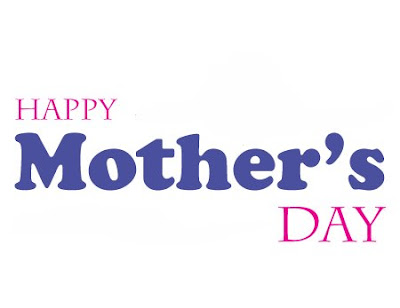 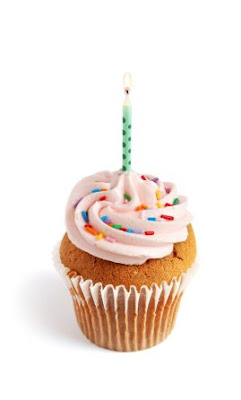