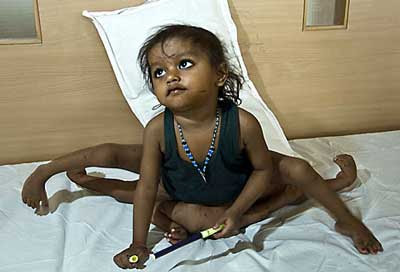 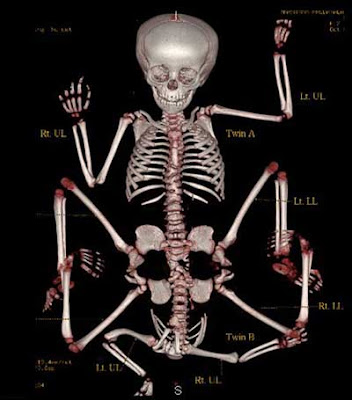 The £100,000 operation will require differently skilled teams of more than 30 surgeons to work in eight-hour shifts to separate Lakshmi's spinal column and kidney from that of her twin.
After attempting to transplant the shared kidney wholly into Lakshmi's body, another team of surgeons will gradually close up her pelvic girdle while re-orientating her bladder and genital systems. Plastic surgeons will then graft skin to cover her wounds while an "external fixator" will be attached to close her pelvis gradually over a three-week period.
Posted by The Man at 7:35 AM