Dessert? There's plenty to go around at a Supersized Thanksgiving!
From: http://pumpkinnook.com/giants/pumpkinpierecord.htm

How big does a pumpkin pie have to be to become the world record? The current world record stands at 2,020 pounds (after baking). It was prepared and baked by the New Bremen Giant Pumpkin Growers in New Bremen, Ohio. This huge pie was made on October 8, 2005.
Over 5,000 people came to witness the event. 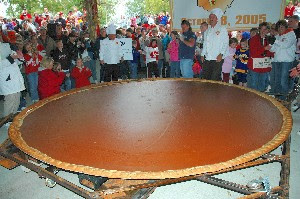 For the record: This pie was 2,020 pounds. It measured 12 feet, 4 inches wide and 4 inches deep. The pie recipe included 900 pounds of pumpkin, 155 dozen eggs, 62 gallons of evaporated milk, 300 pounds of sugar, 3.5 pounds of salt, 7 pounds of cinnamon and 2 pounds of pumpkin pie spice. The pie lost over 200 pounds while baking. The pie made over 3000 pieces. Baking began at about 6:00am. The pie was baked for over five hours in a custom made oven. 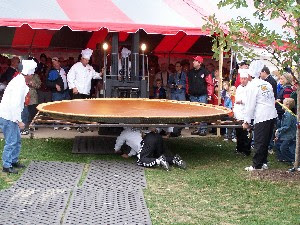 In order to be a world record, the baked pie must be officially weighed. Not an easy task. 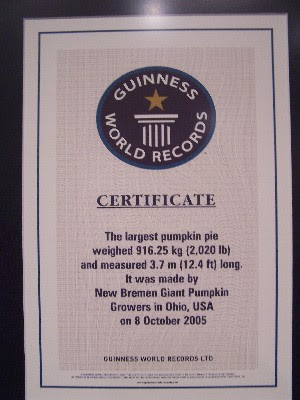