Staff at a Melbourne landmark have resorted to unusual methods to try to prevent damage to their building - a wedge-tailed eagle called Zorro. They hope Zorro's presence on the roof of the city's Arts Center will scare away white cockatoos that have been attacking its iconic tower. 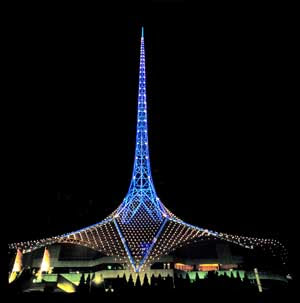 The flocks of cockatoos have been pecking at the tiny lights that illuminate the 163-meter spire. So far they have caused more than US$63,000 (£32,000) worth of damage. 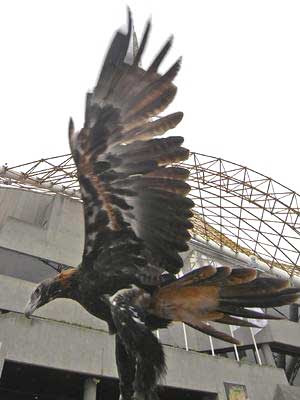 Zorro will also be joined by a peregrine falcon named Bibi and the two birds will be brought to the building every day for the next six weeks as a trial. "Cockatoos are part of their prey, so it's a natural solution," Arts Center spokesman Jeremy Vincent said. "The cockatoos aren't hurt, because the predators are tethered to the building, but their presence on the building acts as a deterrent."