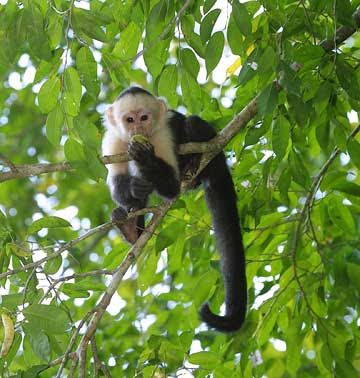 A spider monkey used a garden hose to scale the wall of a moat at a Michigan City Indiana zoo before being captured at a nearby boat dealership.
One of two spider monkeys recently added to the Washington Park Zoo broke out of its enclosure this week while workers were cleaning the moat, which had been emptied of water.
Zoo Director Johnny Martinez says workers had figured the monkeys would remain inside their enclosure during the cleaning despite the lack of water in the moat to act as a barricade.
Once past the moat Wednesday, the escaped monkey jumped onto the roof of a water filtration plant. Martinez says zoo staff recaptured it at the dealership atop a white and blue speedboat.
Martinez says the monkey is sociable and posed no danger to people.
Posted by The Man at 10:58 AM