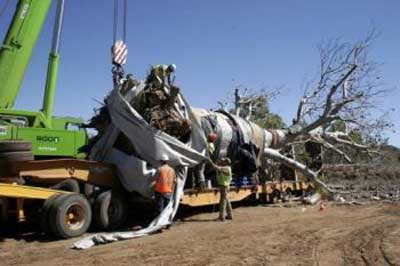 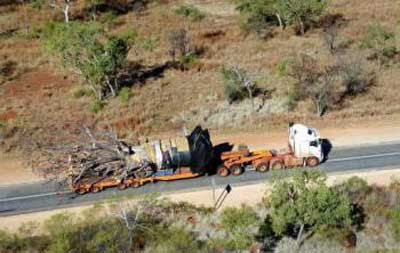 As the tree was in its dormant stage in the tropical dry season, few special measures needed to be taken to keep it alive during the journey.
It will be in the company of another 14 young boab trees, which seem quite happy in the more temperate climate of the Perth region.
Posted by The Man at 12:52 PM