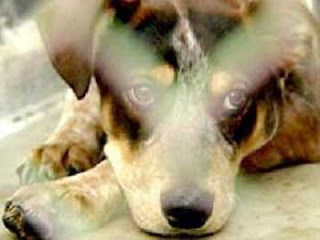 Just recently, James Clark could be seen outside of stores with his dog's bowl pleading for money to get his best friend, Cosmo, out of a shelter. Clark, who is homeless, was saving the money he normally would use to eat to reunite with his dog and best friend.
Cosmo was placed into a city animal shelter when Clark was arrested for using public transit in Sacramento without paying. "I had light-rail warrants, you know," Clark said. "I got out in less than 24 hours just getting some warrants cleared and he's stuck in there (shelter) ... almost a week."Clark, worried he needed to raise more than $130 to get Cosmo out, said he missed the dog's companionship. "If somebody walks by your dog, (it) lets you know who you can trust and who you can't," Clark said.
Then Clark got help from an unlikely source. Mayor Heather Fargo - an admitted animal lover - heard Clark's story and sympathized."Especially if you're homeless, having your pet that's your best friend," Fargo said. "That's the animal that is there with you, and there's a lot of comfort in that."The mayor called animal control, which placed a hold on Cosmo, which meant he wouldn't be given away or euthanized. Animal authorities said they would be flexible with Clark's situation. After Clark agreed to have Cosmo neutered, the city dropped the bill to $60.
With news video.
Posted by The Man at 1:20 PM